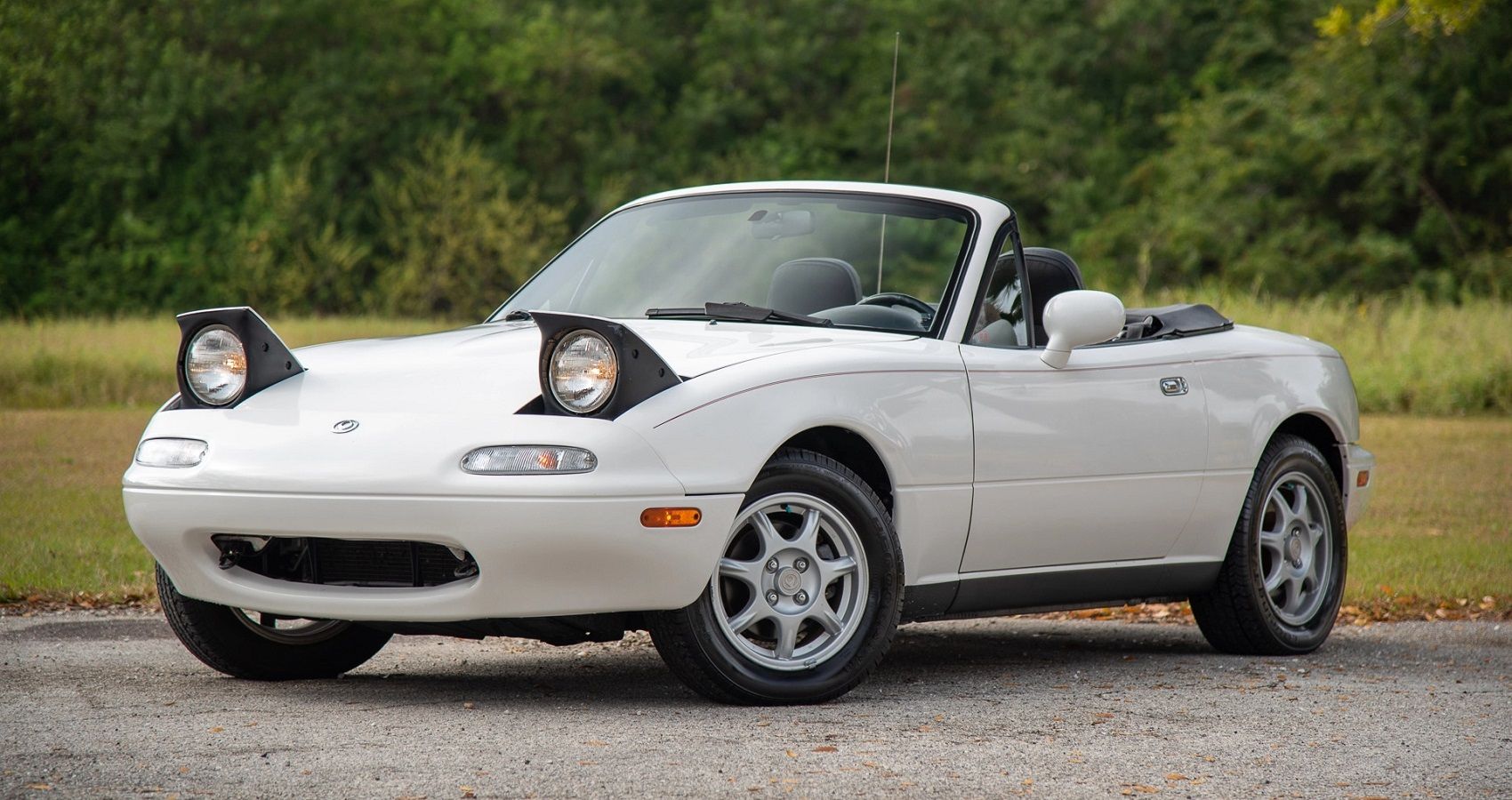 When Mazda introduced the MX-5 Miata in 1989 for the 90 model year, buyers had several choices in the affordable sports car segment, including the Nissan 240SX, Toyota MR-2 and Alfa Romeo Spider. These cars offered a traditional sports car experience reminiscent of older British cars such as the MGB and Triumph Spitfire with moderate power, an open top and handling suitable for negotiating a mountain road at moderate speeds.

Some reviewers categorized the Miata as a “chick car,” but the first generation, known as the NA, offered pure sports car driving pleasure with the perfect balance of vintage feel and modern reliability.

At the time, European high-performance sports cars such as the Porsche Boxster, Mercedes SLK and BMW Z3 offered superior performance features, but none matched the MX-5 Miata in terms of value for money.

A traditional sports car feel from a naturally aspirated four-cylinder

The Miata engine sends power to the rear wheels through a five-speed manual gearbox that features short strokes and clear, strong doors for quick gear changes.

When pressed, the engine produces a classic growl and the car’s response seems quicker than the specs indicate, especially with the top down. The 1.8-litre-equipped Mazda hits 60mph a second quicker at 8.2 seconds and can hit a top speed of 122mph. An added benefit of the smaller engine is fuel economy, averaging 22-24 mpg.

An independent double-wishbone suspension, coil springs and an anti-roll bar front and rear ensure the MX5’s handling and ride comfort.

Front and rear vented discs provide stopping power to the 14-inch tires and rims. Braking from 70 to 0 mph requires 195 feet.

The steering, both manual (on some early models) and power-assisted, is responsive, making cornering pleasant, and handling, measured on a 300-foot-diameter pad, is 0.82g, almost equal to the Nissan 240SX at 0.83g.

Related: The resilient roadster: How the Mazda Miata has continued to dominate its class for over 30 years

With a body shape reminiscent of the early Lotus Elans, the Miata is a small roadster, but the interior offers more passenger space than expected. The spare tire and battery take up space in the trunk, leaving luggage room for a weekend. Some owners install trunk-mounted racks for longer trips.

The other sought-after MX5 is the STO-Edition, of which Mazda only produced 1,500 units. Painted in twilight blue, the limited-edition sports cars featured a tan roof, matching tan leather interior, Nardi leather shift knob, headrest speakers and the Touring Package.

Jeff graduated from UC Berkeley in Mechanical Engineering. He has a passion for automobiles and has written hundreds of published articles on all facets of the automotive industry. He has written articles on a variety of topics including travel destinations, sleep disorders, electrical equipment, heat exchangers and construction. Jeff also wrote a book about a two-year experience as a volunteer living in Italy. His favorite hobbies are travel, reading, golf, tennis and surfing.