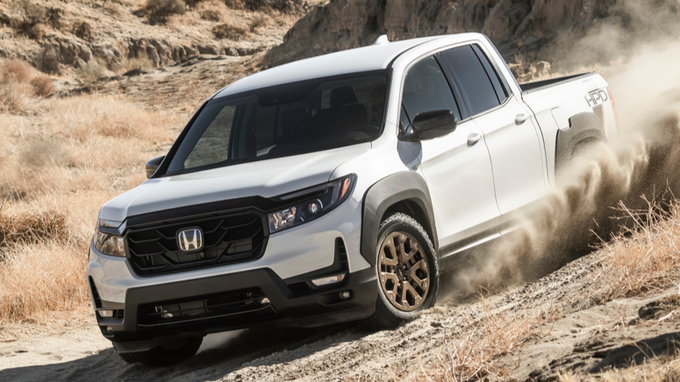 2022 Honda Ridgeline Gets $ 400 Price Increase, No TrailSport Yet

The Honda Ridgeline will get a small price increase for the coming year, according to a price guide sent to dealers today. Oddly, a closer look reveals no mention of a TrailSport model, which can potentially dash any hope (for now) that the model could earn a more rugged variant following a recent announcement from the automaker.

The 2022 Honda Ridgeline will start at $ 38,115 with destination, $ 400 more than the previous year. In fact, each Ridgeline will see a price hike of $ 400, with the more expensive Black Edition being priced at an MSRP of $ 45,545. Notably absent is a TrailSport trim – somewhat surprising given Honda’s plan to expand its lineup.

That said, the 2022 Ridgeline will continue to offer a Honda Performance Department (HPD) package. For example, the Black HPD Pack, priced at $ 2,800, adds flared fenders, 18-inch HPD wheels and a black grille, lug nuts, HPD decals, and an emblem. There is also a bronze themed version of the same setup.

Honda hasn’t officially ruled out the possibility of a Ridgeline TrailSport, and we don’t know if the company plans to add one later in the model year. Honda says its new generation of TrailSport models “will become the halo of all-terrain capability, versatility and durability that has long been designed” in its trucks.

The first model to get the TrailSport treatment will be the Passport 2022 SUV. Design cues like sturdy skid plates and slightly more aggressive styling could give the brand a dose of excitement to battle alternatives like the Trailhawk lineup. Jeep, Chevy’s ZR2 models, and GMC’s expanded selection of AT4 variants.

A New York cop had more than a push on his shoulders. He also had a stuck driver

Vroom for more? Get a used Audi, Mercedes or Ferrari from Big Boy Toyz