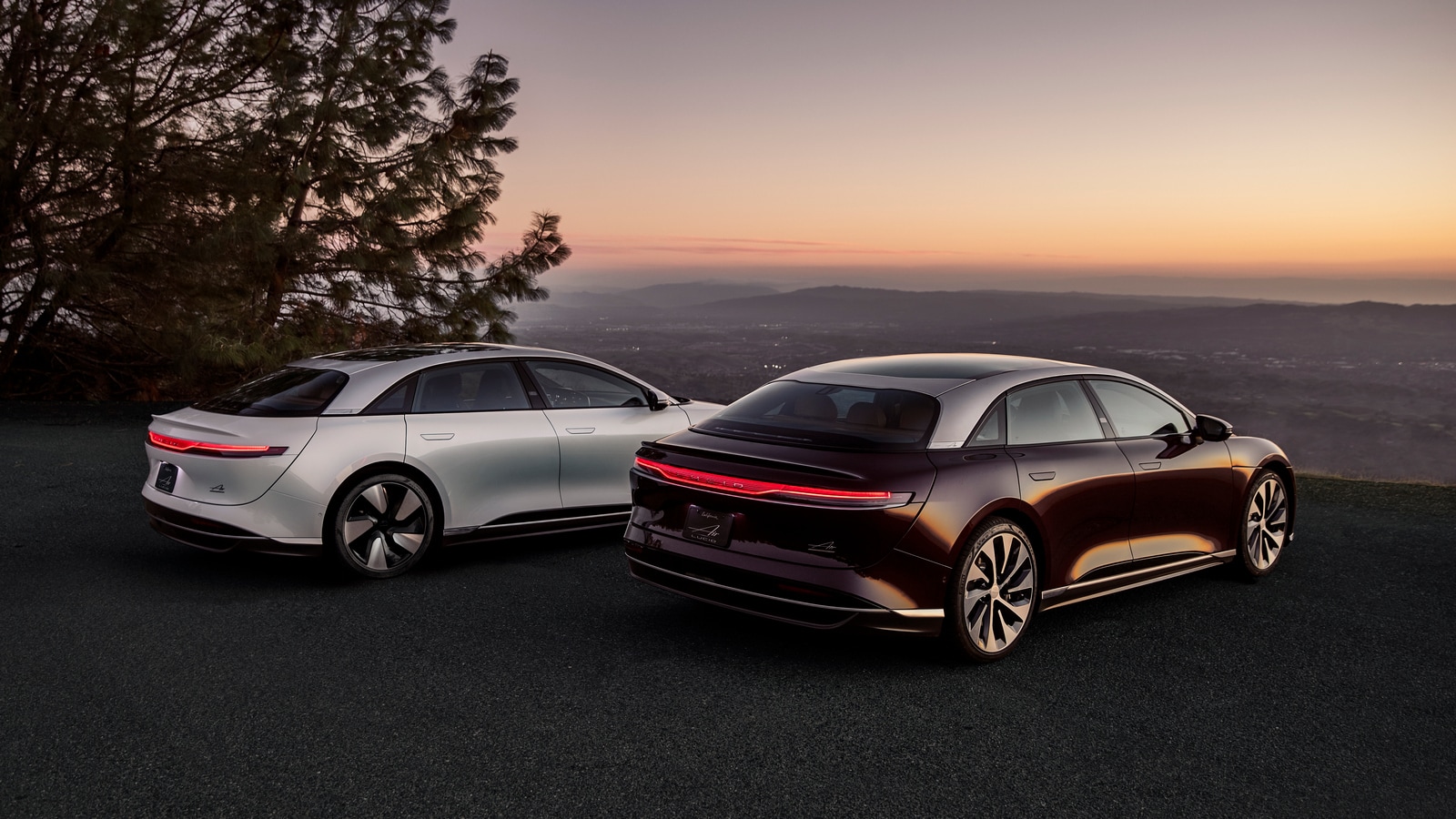 9 things to know about the Lucid Air

What about that upstart Lucid and its Air sedan that threatens the Tesla Model S throne? If your answer is “Which upstart company?” or “What is an Air sedan?” Or even, “What is a Model S?” Continue reading.

Unless you’re passionate about all things automotive or at least passionate about electric vehicles (EVs), Lucid Motors and its Air sedan might not ring a bell. However, this recent startup is currently the toughest challenge to Tesla’s reign as top dog in the fight against EV luxury sedans.

Often uttered in the same phrase with the Model S and the Porsche Taycan, the Lucid Air has captured the imagination of transportation futurists and venture capitalists looking for the next “bigger thing”.

With that in mind, we thought we’d put together a highlight list of nine things you should know about the Lucid Air.

The 2022 Lucid Air is an all-electric luxury sedan. As of now, the Air is Lucid Motors’ solitary model. Lucid presents the Air in four grades: Pure, Touring, Grand Touring and Grand Touring Performance. Lucid offered a fifth, limited-run Dream Edition. However, the entire 2022 run sold out.

Roughly the size of the Tesla Model S, the Air is a full-size sedan that seats up to five passengers. The base model has an electric motor and rear-wheel drive (RWD). The rest of the range comes with two engines and all-wheel drive (AWD). Each Air includes three years of free charging through the Electrify America network.

The brainchild of two former Tesla executives, Atieva burst onto the Silicon Valley scene in 2007. Formed initially to develop and market power packs to third-party vehicle manufacturers, Atieva has supplied battery packs to vehicles ranging from motorcycles to buses. Over the next six years, the reliability, range and efficiency of Atieva batteries grew, and so did the company’s aspirations. At the end of 2013, the focus shifted from battery production to developing and designing a platform to showcase its core battery system. In other words, to build an VE.

Although the evolution of its batteries remains Atieva’s core mission, management has begun to develop plans to transition from a battery supplier to an electric vehicle producer. By this time, another Tesla refugee, Peter Rawlinson, had also joined Atieva. He had been the lead engineer for the Model S. Atieva closed its first round of fundraising to create a prototype in 2014. Over the next 18 months, Atieva swelled its ranks with designers, software experts and engineers and embarked on the construction of a prototype.

In the meantime, Atieva became Lucid Motors in a reorganization in October 2016. The automaker unveiled its Air prototype for the first time soon after. Rawlinson, now its CTO, would take the reins as CEO in 2019. Shortly after the 2016 reorganization, the company laid out plans to build a car manufacturing plant in Arizona. The company announced the completion of phase 1 of this factory at the end of 2020. The first Lucid Air models rolled off the assembly line in October 2021. 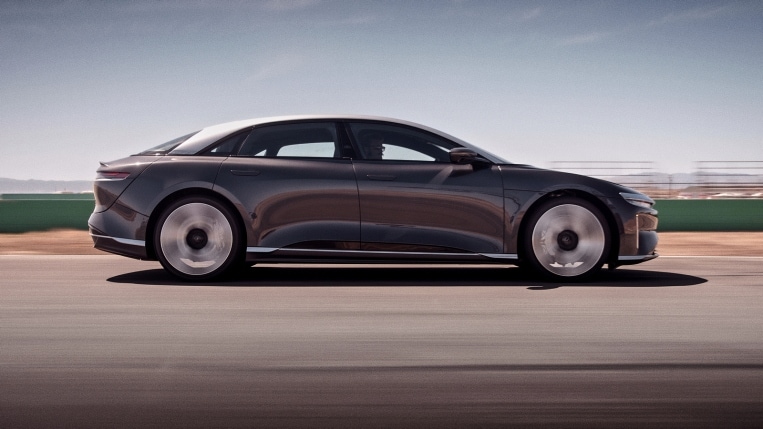 The limited Air Dream Edition was launched at the end of 2021 and immediately sold out. Currently, the only trim levels available are Grand Touring and Grand Touring Performance. While you can order the entry-level Pure or the next more expensive Touring tier now, Lucid won’t ship them until Q4 2022.

4. What is the maximum range of the Lucid Air?

Battery life varies by trim level. The RWD Pure and AWD Touring offer up to 406 miles on a full battery. Adding over 100 miles of maximum range to the Touring, the Grand Touring can go up to 516 miles – claiming the top spot on the longest range list. Opting for the Grand Touring Performance brings the range down to a maximum of 446 miles.

Before disappearing from the list of Air commands, the Dream Edition was the fastest among the ranks. With up to 1,111 horsepower, it could go from a standstill to 60 miles per hour in as little as 2.5 seconds. Its top speed was 168 miles per hour. Now the fastest honors go to the 1,050 horsepower Grand Touring Performance. Its 0-60 sprint takes about 2.6 seconds. With 819 hp, the Grand Touring hits 60 mph from a standstill in 3.0 seconds. Lucid did not issue 0-60 numbers for the Pure or Touring. However, the Pure generates 480 hp, while the Touring delivers 620 hp. We doubt either would be slackers in the 60-mph race.

6. How much does it cost to charge Lucid Air?

The cost of recharging a Lucid Air depends on many factors. Some experts have estimated that it costs $16.80 to charge an Air Grand Touring (the current top-end version) with its 112 kWh battery capacity.

The good news is that the Air’s base price includes three years of free charging at any 350kW Electrify America charging station.

7. How much does Lucid Air cost? 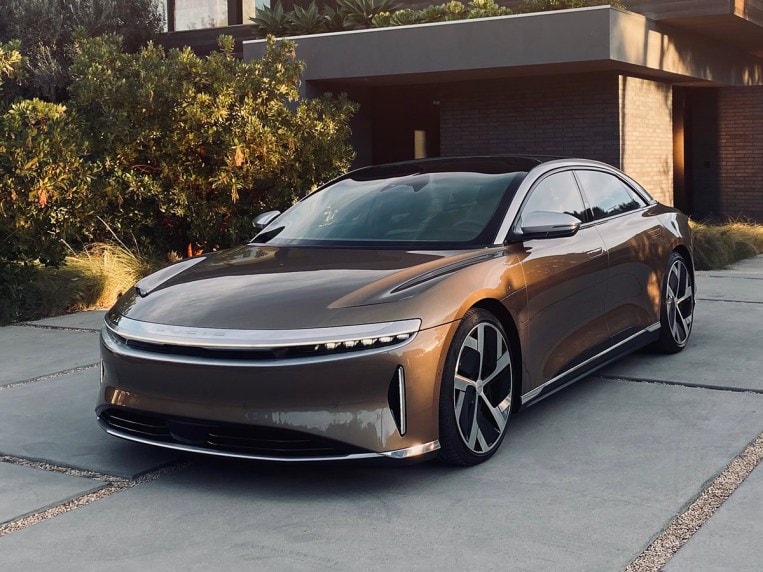 8. Is the Lucid Air better than the Tesla Model S?

If and when the Air Pure becomes available, it will be more affordable than the base S model at $104,990. Even in AWD form, the Pure will cost $12,090 less than the AWD S model. The range for these base models is essentially the same – 406 miles versus 405 miles.

When you start shopping for a car around $100,000, needs have less to do with decision-making than wants. Representing the latest and greatest thing, the Air fits right into the lifestyle of those who need to be the first to use the latest technology. When money is of little or no importance, queuing up to own the latest luxury electric vehicle just makes sense. With the air you also have the right to boast about the longest range of any current electric vehicle. Only you can determine if it’s worth $154,000 to you.

More than just a car dealership