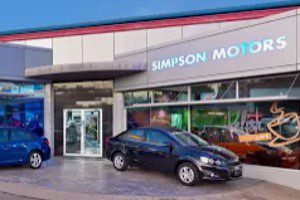 British car multinational Inchcape said it had completed the acquisition of 50-year-old Simpson Motors five months after the local firm announced a merger of three companies.

In a statement, Inchcape did not disclose how much it paid for the business and its regional automotive distribution arm, ITC, but said the acquisition is expected to add around £120 million (one pound = 1.23 US cents) of revenue per year to its coffers and will be accretive to the group’s margins linked to the increase in earnings per share of the acquiring company after the closing of the transaction.

“On the 50th anniversary of the founding of our group, I am delighted that Inchcape, a global company built on a strong foundation of heritage and values, will take Simpson Motors and ITC into the future,” said Sir Kyffin Simpson, who founded the company. , half a century ago.

“It is exciting to know that our employees will be able to leverage the strength that comes from a regional and international network of partnerships, and that this will open up great opportunities for growth and expansion. I wish Inchcape, our dealer partners and all my colleagues at SML all the best for the future,” he added.

Inchcape Group Managing Director Duncan Taitt said he was looking forward to building on the valuable Simpson Motors brand in the Caribbean.

“We welcome the fantastic talent and expertise of ITC and Simpson Motors to the Inchcape family and look forward to capitalizing on the exciting opportunity for the group in the Caribbean,” Taitt said, noting that the Americas and Africa were the fastest growing regions of his business. .

“And with the addition of ITC and Simpson Motors, we are further strengthening our distribution and OEM partnerships, as we implement our accelerated strategy,” he said.

ITC says it leads distribution operations in the Caribbean – more than 30 countries – including Jamaica, Guadeloupe, Trinidad and Tobago and Martinique. It also distributes vehicles for Suzuki, Mercedes-Benz, Stellantis and Subaru as well as commercial vehicles for Isuzu, Fuso, JCB and John Deere.