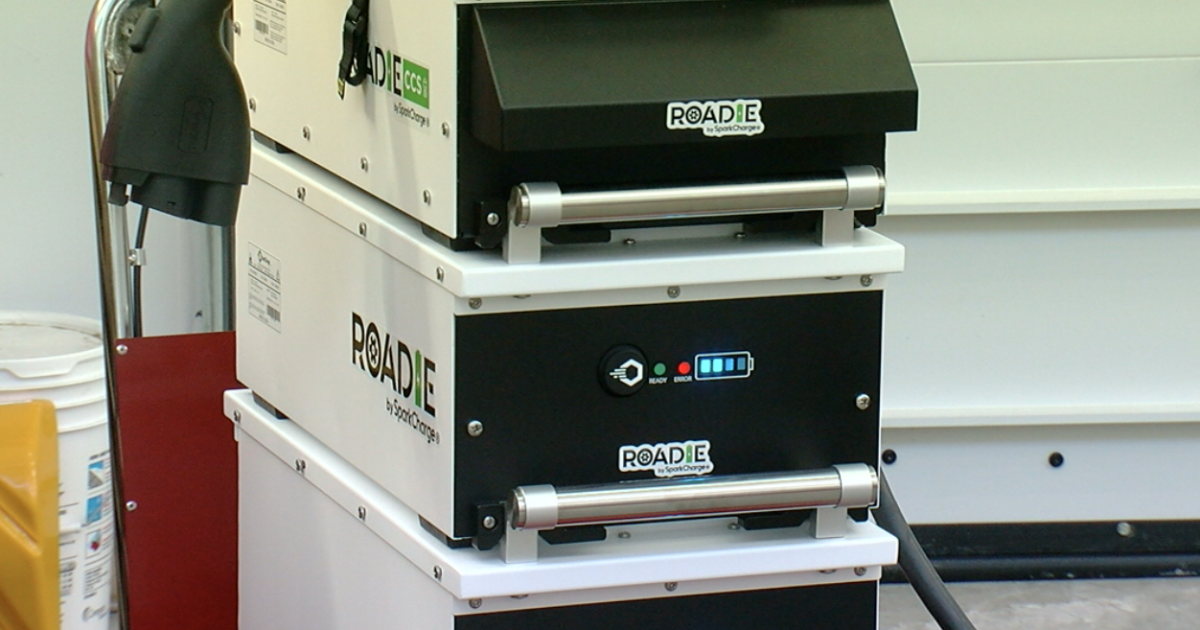 BUFFALO, NY (WKBW) – As fuel prices continue to soar across the country, SparkCharge is busy pumping out its mobile electric car chargers that are made right in Buffalo.

The charger, called The Roadie, is made up of stackable batteries that plug directly into an electric vehicle.

According to a AAA study, an electric car can save you around $600, compared to a car that fills up with gas.

Although Roadies are not available to the public, they are sold to companies who can top up their fleets anytime and anywhere.

“SparkCharge is really playing a huge role in this movement,” Reiter said. “It’s helping people adopt this technology faster, so they can get away from these ever-increasing gas prices.”

The company started as an idea in a dormitory at Syracuse University, by founder Joshua Aviv in 2007. The company has since won investments in a 43North business plan competition and the technology incubator own of Los Angeles. The company was even featured on ABC’s “Shark Tank” in 2020. Mark Cuban and Lori Greiner together invested 10% in the company.

SparkCharge also has an app called Currently. It is currently only available in Dallas, Los Angeles and San Francisco. Users can schedule a charge to take them to the next charging station or wherever they need to go.

AAA also uses it in the same way for its roadside assistance program, according to Bryan Jajkowski of AAA of Western and Central NY.

Jajkowski said electric vehicles continue to appear on the roads, but are slowly becoming popular. He said more charging infrastructure would help the industry grow at WNY, but right now it’s not as accessible as local gas stations. AAA said drivers who participated in a study also expressed anxiety about where to refuel. SparkCharge tries to help that.

Jajkowski also said that in addition to charging, repairs to a car’s electrical components must be more convenient for the industry to grow even further.

“Very few repair shops are comfortable working on electric vehicles,” Jajkowski said. “At this point, if you need work on an EV, you’d probably be better off going to the dealership you bought it from.