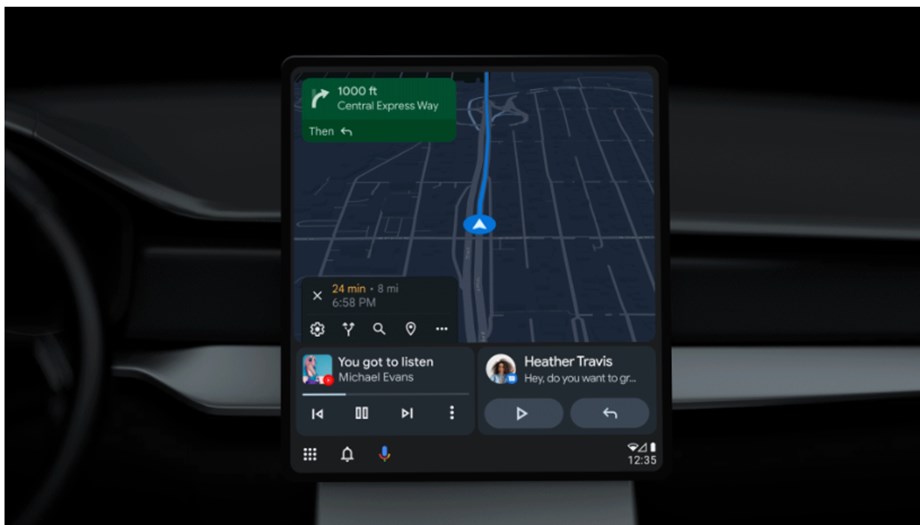 Google has introduced several updates for cars compatible with Android Auto and cars with Google built-in. These include an all-new look for Android Auto, entertainment options and more.

This summer, Google will be rolling out an all-new look for Android Auto, which it says will help you get directions faster, control your media more easily and have more features at your fingertips.

Google says split-screen mode will be standard across all screen types and sizes, allowing users to access the most used features in one place – eliminating the need to return to the home screen or scroll through a list of applications.

Then, in the coming months, you will now be able to quickly message and call your favorite contacts with just one click and reply to messages by simply selecting a suggested reply on the screen.

In addition to YouTube, other video streaming apps including Tubi and Epix Now will soon be available on cars with Google built-in. In the future, Google plans to introduce more features, including the ability to browse the web directly from your car screen and cast your own content from your phone to your car screen.

“Since its launch, Android Auto has grown to support over 150 million cars across nearly every car brand. In Android Auto and cars with Google built-in, we work hard to make sure every journey is a useful and connected experience,” Google wrote in a blog post.