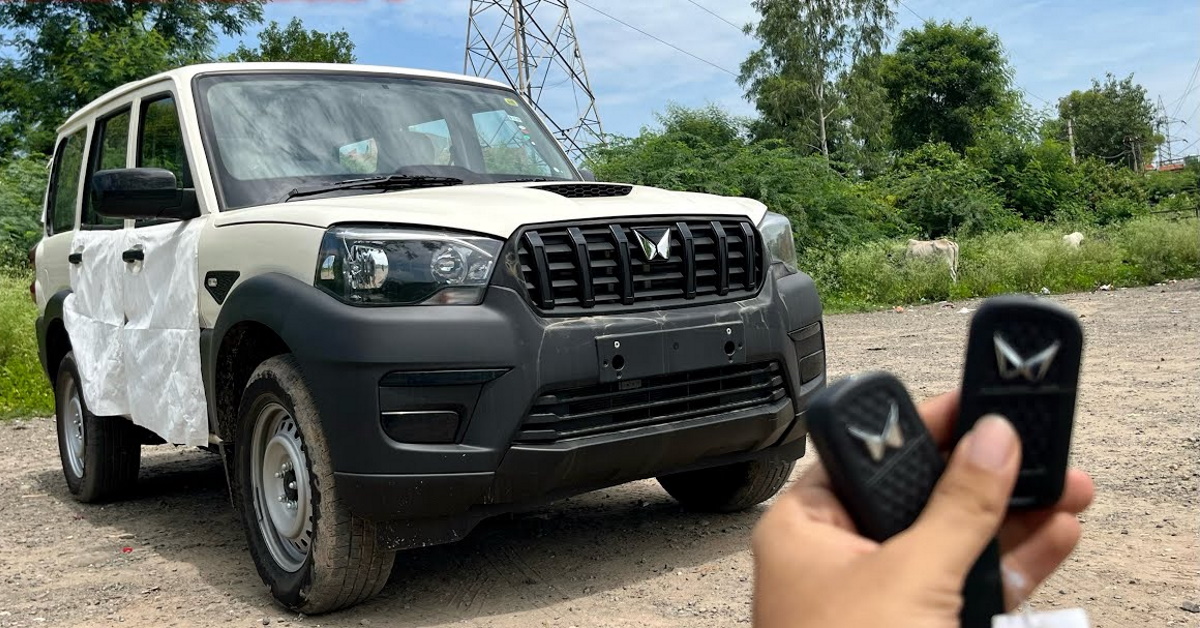 The video was uploaded by Yash9w on their YouTube channel. In this video, the vlogger talks about the exterior and interior of the Scorpio Classic and shows how different it is from the top model. Mahindra will offer Scorpio Classic in two variants. There will be a base S variant and a premium S11 variant. The base S variant looks very basic on the outside. There are no chrome elements or other premium features.

Also Read: Mahindra Thar and Scorpio in a Classic Tug of War Video

The SUV’s grille has been redesigned but unlike the S11 variant, it does not receive chrome trim on the vertical slats. The headlights have no LED DRLs and the lights are halogen instead of projectors. The bumpers and cladding of the base variant of Scorpio Classic are not in body color and it looks extremely strange on the car. There are also no fog lights on the bumper. The new Mahindra logo is placed on the front grille. Some of the black panels are finished in gloss while the others are not. As for the side profile, the Scorpio Classic gets 17-inch steel rims without hubcaps. There is a turn indicator placed on the fenders. Even the top variant only gets turn signals on the fender.

The ORVMs are large and are finished in gloss black. The door handles are not body color and look cheap on the car. Mahindra doesn’t even offer a roof rail with the S variant. At the rear, the car gets the Scorpio Classic badge on the tailgate and, just like the front, the rear bumper is also completely black. There are no silver skid plates available on the bumper. The taillights of the Scorpio Classic have been revised. They now get pillar lamps that weren’t available in the regular Scorpion.

Just like the exterior, the interior of the basic Scorpio Classic variant is very basic. The cabin has no features. The steering wheel has no controls mounted on it. The instrument cluster is not the same as in the S11 model. There’s no factory infotainment system, and the seats are also cloth. The SUV gets manual climate controls, and the power window controls are on the center console. The shifter is different from the regular Scorpio, and the vlogger can be heard saying in the video that the engine looks much more refined. Mahindra will officially launch Scorpio Classic on August 12.

Also read: 10 DC Design cars and how they look in the REAL world: Maruti Swift to Mahindra XUV500