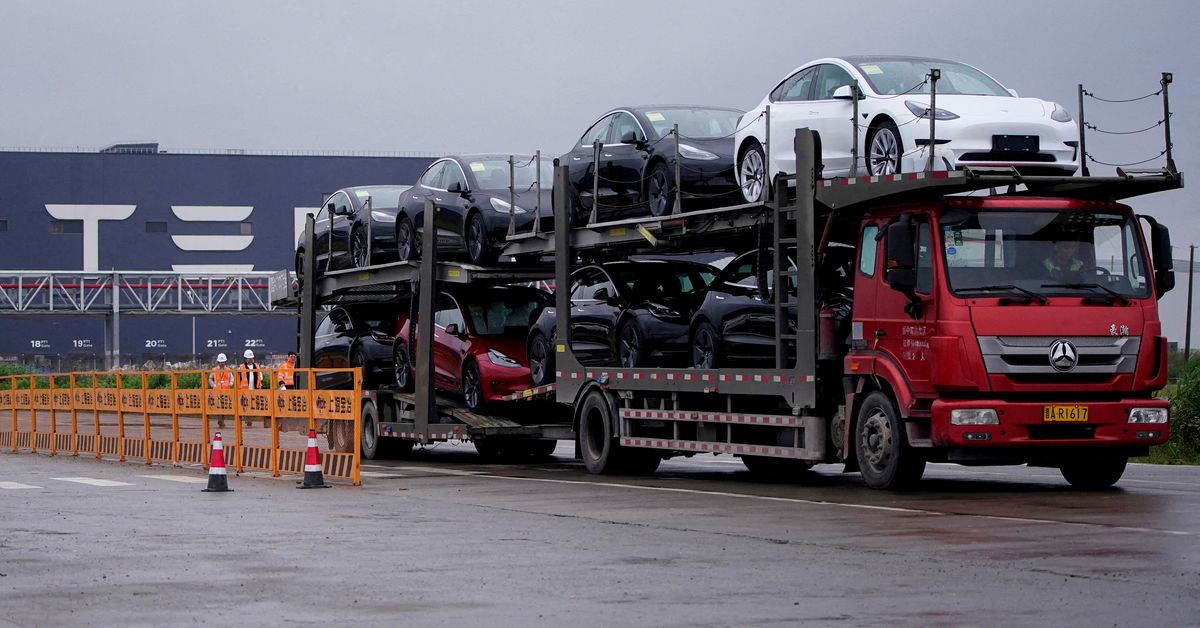 Electric vehicle makers in China produced far fewer cars in total than expected in March due to pandemic measures, said Cui Dongshu, general secretary of the China Passenger Car Association, which released data for the period.

While Tesla’s Shanghai factory delivered 16% more cars in March than the previous month, its output of 55,462 units was only 154 units higher than in February, a shorter month in which workers are usually given time off for Lunar New Year holidays.

China has imposed strict containment measures to contain the spread of the highly contagious variant of Omicron in several places, including Jilin province and Shanghai, where the factories of major automakers and their suppliers are located.

In January, Tesla’s Shanghai factory produced 68,117 vehicles. It suspended production in mid-March for two days due to COVID checks. After briefly resuming, he had to halt work again on March 28 due to Shanghai’s lockdown. Read more

Overall passenger car sales in China in March totaled 1.61 million, down 10.9 percent from a year earlier, the association said.

Chinese electric vehicle maker Nio (9866.HK) said on Saturday it had suspended production after the country’s measures to contain the recent outbreak disrupted the operations of its suppliers. Nio shares fell 9% on Monday.

Data from the association also showed that exports of cars made in China by Tesla fell to just 60 units, with domestic shipments more than doubling from February.

Cui said Tesla typically exports fewer cars at the end of each quarter so it can satisfy accumulated local orders.

Normally, the Shanghai factory manufactures 6,000 Model 3s and 10,000 Model Ys per week for the Chinese, German and Japanese markets.

Chinese customers now have to wait five months after ordering a Model 3 and three months for a Model Y, a Tesla sales representative said last week.