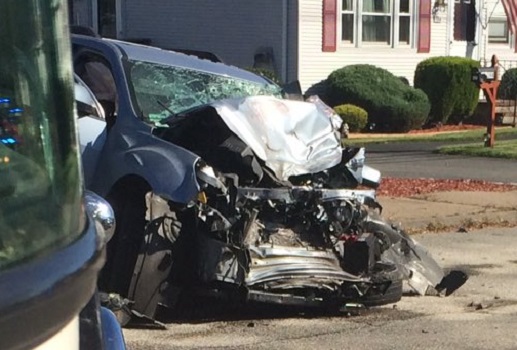 The Massachusetts Court of Appeals upheld the conviction of a Pembroke woman who was under the influence when she caused a car accident that left a Bridgewater woman dead and two others injured, the district attorney has announced. county district of Plymouth, Timothy J. Cruz.

At approximately 3:30 p.m. on October 3, 2017, Massachusetts State Police Detectives from the Plymouth County District Attorney’s Office were notified by Brockton police of a fatal car accident at 179 Quincy Street in Brockton. State Police and Brockton Police responded, along with the State Police CARS Unit and Crime Scene Services, and an investigation was initiated.

Three vehicles were involved in the motor vehicle accident and the investigation determined that two women were in an SUV traveling north on Quincy Street when they were struck from behind by an Audi sedan driven by Danielle Mastro of Pembroke. The investigation further determined that the Audi’s rear impact pushed the SUV to the south side of Quincy Street and into the path of a three-axle dump truck. The impact caused the truck to overturn and come to rest on its side. Mastro exited the Audi and fled the scene on foot, but was found moments later by Brockton police officers. The SUV driver, Deborah Combra, 58, of Bridgewater, was taken to hospital in Brockton where she died of her injuries. The other passenger in the SUV was taken to Brockton Hospital for treatment.

According to CBS Boston, court records indicate that Mastro admitted to causing the crash because she was distracted by a call or text with her drug dealer.

Mastro also allegedly told police that she drank a “s*** ton of vodka” before the crash. She would then have fled the accident on foot to go to her drug dealer before being captured.

The driver of the dump truck stopped on impact and remained in place. He suffered non-life-threatening injuries and was taken to a local hospital for treatment.

Through their investigation and witness statements, detectives determined that prior to the Brockton accident, Mastro had driven recklessly through the towns of Hanson, East Bridgewater, and Whitman and did not stop for a police officer in Hanson. During treatment at the hospital, Mastro’s blood alcohol level was between 0.136 and 0.137.

In October 2019, Brockton Superior Court Judge Angel Kelly found Danielle Mastro guilty of one count of manslaughter while operating a motor vehicle under the influence of intoxicating alcohol. Mastro was sentenced to 10 to 13 years in state prison for this charge.

On appeal, Mastro challenged manslaughter while operating a motor vehicle under the influence with an intoxicating liquor conviction. Today, in an unreported decision, the state Court of Appeals upheld the defendant’s conviction, finding there was sufficient evidence of her wanton or reckless conduct.

“I commend the Court of Appeals for their thoughtful decision,” DA Cruz said. “At trial on sentencing day, family members filled the courtroom to remember a remarkable woman who looked forward to retirement and becoming a grandmother. This defendant’s reckless actions that day deprived this family of their loved one. I hope that with today’s decision, Deborah Combra’s family can finally be at peace with their memories.