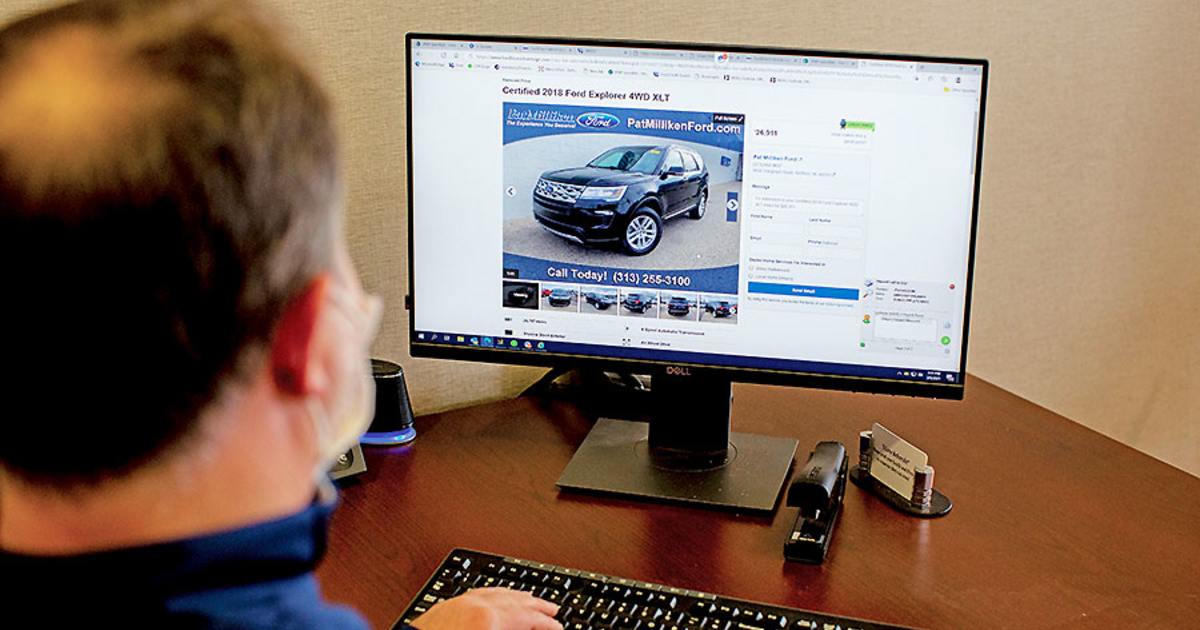 Godfrey, who joined Blue Advantage as soon as it was announced, attributes the jump in sales to Ford’s implementation 14-day money-back guaranteethat the automaker added to the program earlier this year.

“When you buy a used car, the CPO in general is valuable because you have that inspection, and even if something was missed, you have the warranty,” he said. “But for some consumers, there’s still that kind of fear of the unknown with buying a used car. Knowing that if you bring it home and you find something you don’t like not…and that you can bring it back, that gives a bit more comfort.If they look at a few places, that might be what seals the deal for them.

Ford launched Blue Advantage in 2020 to help its retailers earn a bigger slice of the used-vehicle sales pie and reduce defections to third-party sites.

The program is powered by Autotrader and brings together an inventory of Certified Pre-Owned vehicles from dealerships across the country. Customers can search by vehicle type, color, mileage and other variables.

While the automaker previously had a CPO program, Blue Advantage’s features have helped provide customers and dealers with greater peace of mind around the sales process, according to Andrew Ashman, pre-owned vehicle manager. from Ford in the United States.

“Renaming it really had a big impact,” he said. “Dealers now feel like the company is really behind the program.”

Darin Wade, president of Rich Ford in Albuquerque, NM, says his store sells more than 100 CPO vehicles per month and sales are up about 20% so far this year compared to 2021.

He said he likes Ford’s decision to include non-Ford vehicles and that his store has obtained certification for every used vehicle that qualifies because there is so much demand.

“A competitive advantage is that dealers who certify them, they will show up in search while others won’t,” he said. “I think it helps generate more leads.”

Ashman says he hopes to increase the number of dealers participating in the program to at least 2,000 by convincing more retailers of all market sizes to sign up.

“The dealers there love it,” he said. “There are still a lot more opportunities with the program. We just have to come in and convince more dealers that it’s the right thing to do.”