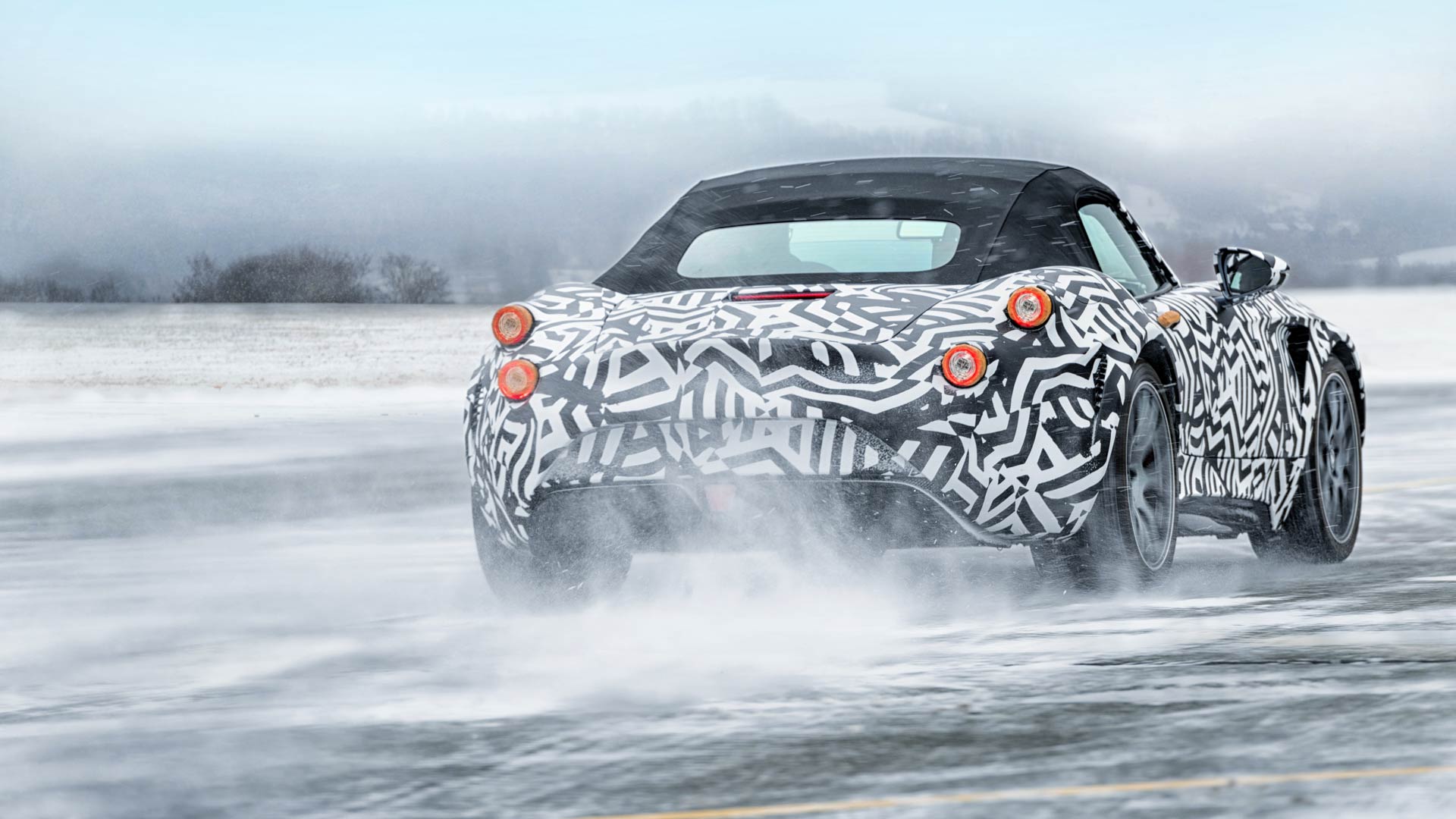 Currently branded as ‘Project Thunderball’, Wiesmann promises the new car will be ‘fit for the modern age’ but retain the brand’s ‘timeless elegance in design DNA’.

Originally founded in 1988, Wiesmann closed due to financial difficulties in 2014. The company was later bought by UK-based car enthusiast Roheen Berry.

Details of Project Thunderball have yet to be confirmed, although the camouflaged roadster prototype seen here suggests the retro styling cues will continue.

The lack of obvious tailpipes, along with references to the company having “newly recharged ambition,” point to an electrified powertrain.

Wiesmann was previously preparing a new sports car, dubbed Project Gecko. It was expected to use a BMW-sourced twin-turbo V8, combined with an eight-speed automatic transmission.

“This is just the beginning”

The company’s association with BMW dates back to its earliest models and culminated in the 2008 Wiesmann MF5. This featured BMW’s 5.0-litre V10 engine, offering the potential for a top speed in excess of 190 mph.

Production of Project Thunderball will be undertaken at Wiesmann’s ‘Gecko’ factory, located in Dülmen, Germany.

Roheen Berry said: “As the automotive industry undergoes its greatest revolution in a century, there is no better time to announce the return of a refreshed, reborn and recharged automotive icon.

“Thunderball will continue Wiesmann’s reputation for setting the standard for performance, craftsmanship and pure fun. With its unmistakable style, it’s the Wiesmann fit for the 21st century, and that’s just the beginning. .

American publisher with a love of all things American. Woodgrain-clad station wagons and ridiculous muscle cars are a specialty.

Wiretapping employees in the Netherlands – let’s get to the tape? | Smaller