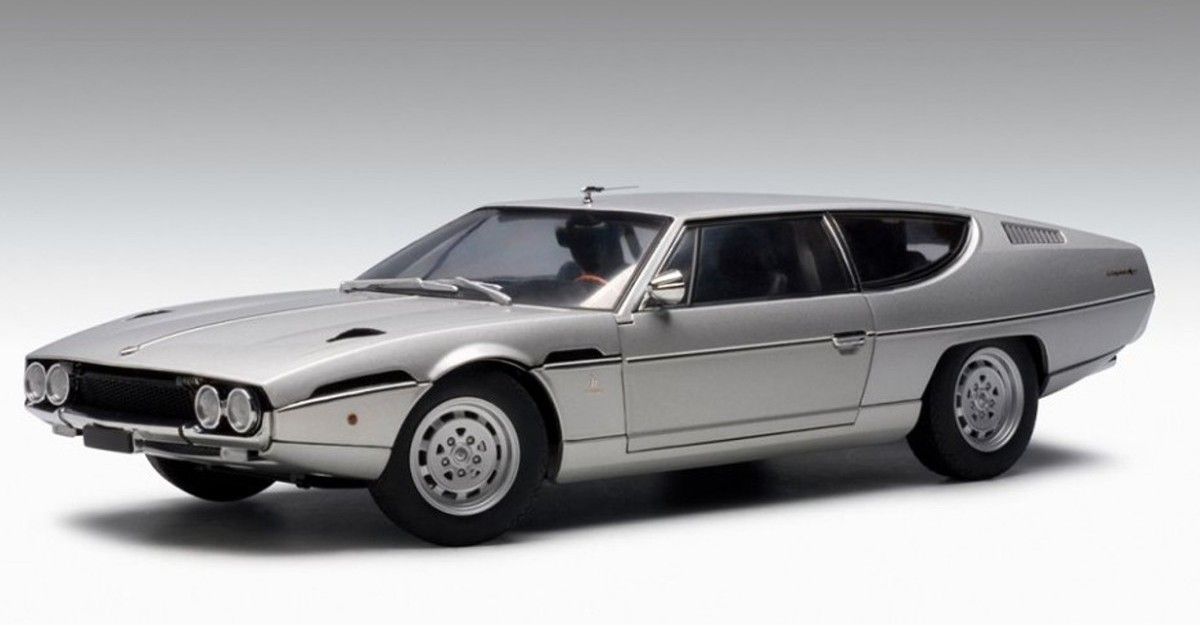 Here’s how much a 1968 Lamborghini Espada costs today

Thinking of driving the streets of Italy in an Italian car might bring to mind a car like the Lamborghini Espada. It is a car that is a symbol of true Italian classic cars. Beginning production in 1968 and lasting for a decade, it is truly an icon for manufacturers.

The four-seat grand touring coupe was inspired by models like the Lamborghini Marzal, whom he quickly replaced. The Espada has seen three different series during its existence. Still, the original 1968 model will likely be the series that will stick in people’s hearts. He was highly regarded in 1968 and is probably regarded the same today.

RELATED: Immaculate Espada For Sale Is Your Rare Ticket To Owning A Lambo V12 People Mover

The specifications of the 1968 Lamborghini Espada

Marcello Gandini at Bertone, a car manufacturing company in Turin, was the designer of the Espada range. Marcello was inspired by two of his pre-1968 creations, the Lamborghini Marzal and the Bertone Pirana. After being exhibited in 1968 at the Geneva Auto Show, Lamborghini fans went crazy for it, and there are many reasons for that.

Right off the bat, the Espada was an eye-catcher. While the engine and interior changed with each series, the body design didn’t change much.

The Espada became the best seller of the entire decade for Lamborghini. All three Espada series have seen many improvements over the years. However, the 1968 model still stands out today as one of the best, so innovative was it.

Lamborghini’s 1968 Espada has the brand’s own V12 engine, which is the same as the 400 GT. Similarly, more of the Espada drew inspiration from the 400 GT. Its suspension was also the same as the previous 400 GT design. It features unique, unequal-length double wishbones, coil springs, hydraulic shock absorbers and anti-roll bars. All of this contributes to making the coupe very comfortable and fun to drive.

The Espada was not afraid of fun and thrills. Although it is not necessarily a sports car, but more of a coupe, it still has incredible performance. So much so that an owner of one today would be more than happy to show it off on the streets and on the track.

Its V12 engine could cough 325 horsepower in total. This power was amazing then and still is today. It’s no wonder the Espada became a bestseller.

Throughout its production years, all three series saw the same 3.9-liter V12 engine. Performance numbers improved slightly, with the third series boasting 350 horsepower. This was due to its slight modifications intended to improve aerodynamics. These modifications include a 3-speed automatic transmission, wider Pirelli Cinturato tires and new springs and shock absorbers. However, the performance of the 1968 model was not far behind.

The top speed of the 1968 Lamborghini Espada was 152 MPH, which even today is quite satisfactory. It could reach 0 to 62 MPH in 6.1 seconds. This figure is quite slow compared to modern Lamborghinis, but incredibly impressive for models from the late 60s.

RELATED: This Lamborghini Espada Rat Rod Breaks All The Rules

The current market price of the 1968 Lamborghini Espada

Although there are original Lamborghini Espadas on the market from time to time, they are not readily available. During the decade, a total number of 1,227 units were in production. Therefore, dividing that by the ten years means that very few models were in production and on sale each year.

Therefore, an original 1968 Lamborghini Espada can be difficult to find, and because of this, the price can fluctuate. The average price of an original 1968 model would freak someone out approximately $154,734. Sales may be lower or higher than this figure. However, six figures will likely be what a person will find a 1968 model on the market for.

The best selling 1968 Espada was $209,468. It’s not the cheapest iconic Lamborghini ever, but it’s definitely a cool car to own if someone is into classic Italian engines.

Overall, there’s a lot to like and want about the Lamborghini Espada, especially the very first series in 1968. Its engine was impressive, as was its performance. Although not affordable, the high price can be justified by the fact that it still meets industry standards when it comes to its performance. It was truly a bestseller for good reason.

Forty years later, a successor to the Lamborghini Espada could be on the way

Lamborghini will auction its latest V12 car alongside 1:1 NFT