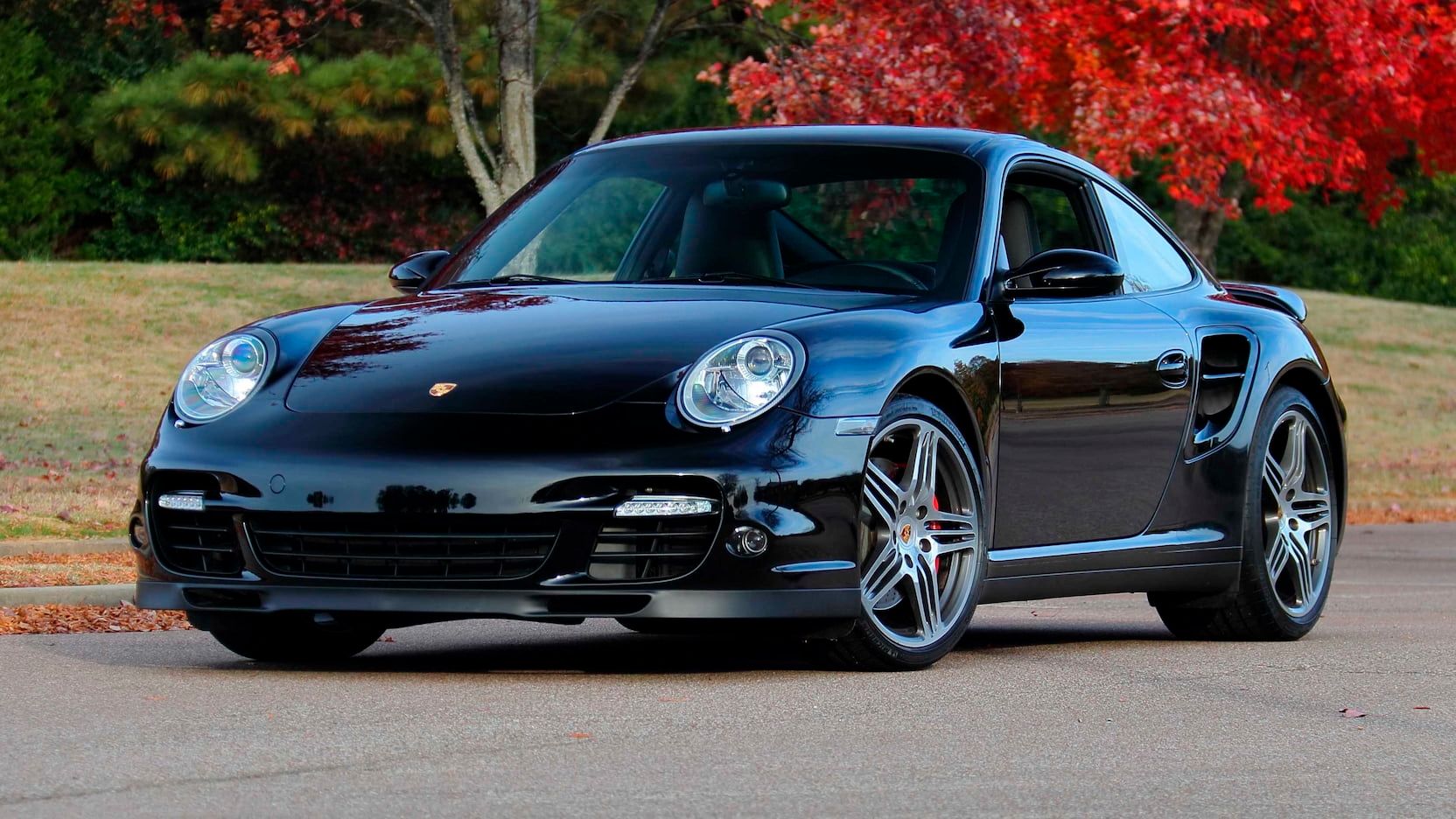 The Porsche 911 is one of the most beautiful sports cars of recent times, and its reputation has only improved over the years. The top-end variant, known as Turbo, led the 911 model range as one of the fastest and most valuable. Notably, the 2008 Porsche 911 Turbo has all the essentials that have earned the model its legendary status. Rear-mounted engine, boxer configuration, four-wheel drive and the iconic ducktail spoiler.

While the standard 2008 Carrera was naturally aspirated and produced 325 hp, the Turbo however increased that figure by producing 480 hp from its 3.6-liter boxer-6 engine. The 2008 911 Turbo can sprint from 0 to 100 km/h in less than 5 seconds with the intelligent electronic combination. For that era, that’s a pretty quick time, compared to other high-end sports cars.

The 911 Turbo mainly competed against the Audi R8, Jaguar XK, Nissan GT-R and Aston Martin V8 Vantage. If the 911 is one of the most agile of the lot, it is also the most comfortable of them. Another advantage of the car is its tastefully finished interiors.

Related: 10 Things Every Gearhead Should Know About The Porsche 911 Turbo

One of the attributes that impresses gearheads the most is the car’s impressive handling prowess. The 997 understeers in slow corners and pulls its tail in faster, tighter corners. Grip is also better as it is shod with Michelin Pilot Sport PS2 tires as well as its soft spring suspension. Notably, the Nissan GT-R has enviable handling, and this is best understood knowing that Nissan chose the 911 Turbo itself to benchmark its cars.

The Porsche 911 Turbo is one of the great sports cars to vouch for. Starting with the 997 version, the German giant pushed the model to have a grand touring hue. The car offers enviable performance and comfort and can be considered a great alternative to the Aston Martin Vantage or even Audi R8s. The best part is that it hasn’t even lost its value significantly in over a decade.

The Porsche 911 is an automotive icon, and it’s one of the best options for those looking for an athletic car for everyday driving. The legendary Porsche 911 Carrera is well suited for a thrilling sports car experience and also for racing. The 911 combines driving pleasure and day-to-day comfort. Notably, while a few cheaper sports cars can beat the 911 on the tracks, they don’t offer the same level of confidence when driving. The icing on the cake is the instantly recognizable design of the car.

The 2008 Porsche 911 handles brilliantly; because there is arguably no better car to steer on earth. The driving experience is still enjoyable and the wheels still anchor solidly to the road. There’s no way to hit the 911’s grip limit on the streets, and that’s especially true for models with all-wheel drive and larger tires.

Related: Here’s how much a Porsche 911 Turbo Flatnose is worth today

The Porsche 911: an incredibly reliable model

In 2008, the company fitted the 911 coupe with a roof that featured a heated rear window. The convertible version has a sleek and simple roof-lowering process, with the roof folding and raising in just seconds. The Porsche 911 is one of the greatest automobiles of all time, and it can remain virtually flawless and unbreakable for years. It is one of the few vehicles that could be used as an investment option if you acquire the right model.

Notably, Porsche models switched from air-cooled engines to water-cooled variants in 1998. Thus, the 2008 Porsche 911 Turbo Coupe is among the water-cooled Porsche models. These vehicles have unreal mileage as they have been known to easily exceed even the 150,000 mile range. Nevertheless, this only applies to cars that receive proper maintenance and care.

RELATED: This Limited-Edition 2011 Porsche GT2 RS Is a Rare and Stunning Find

Several Porsche models are known to hold their values ​​better than other brands. While all cars eventually lose value, Porsche cars, on average, lose value at a lower rate, while some even increase. If you buy a used Porsche vehicle, chances are it has held its value better than a similar year competitor model. Simply put, Porsche cars are some of the most sought after vehicles in the auto auction industry.

But what’s most impressive about Bisi’s 911 is that he seems to design and build every element of the car himself.

Confucius didn’t exactly specify motorcycle journalism when he wrote it all down in the 6th century BC. Nevertheless, a proverb from a loosely rendered philosophy today reads: “Cant something you love and you’ll never want to work a day in your life.”

Launch of the Topaz car care brand in Qatar