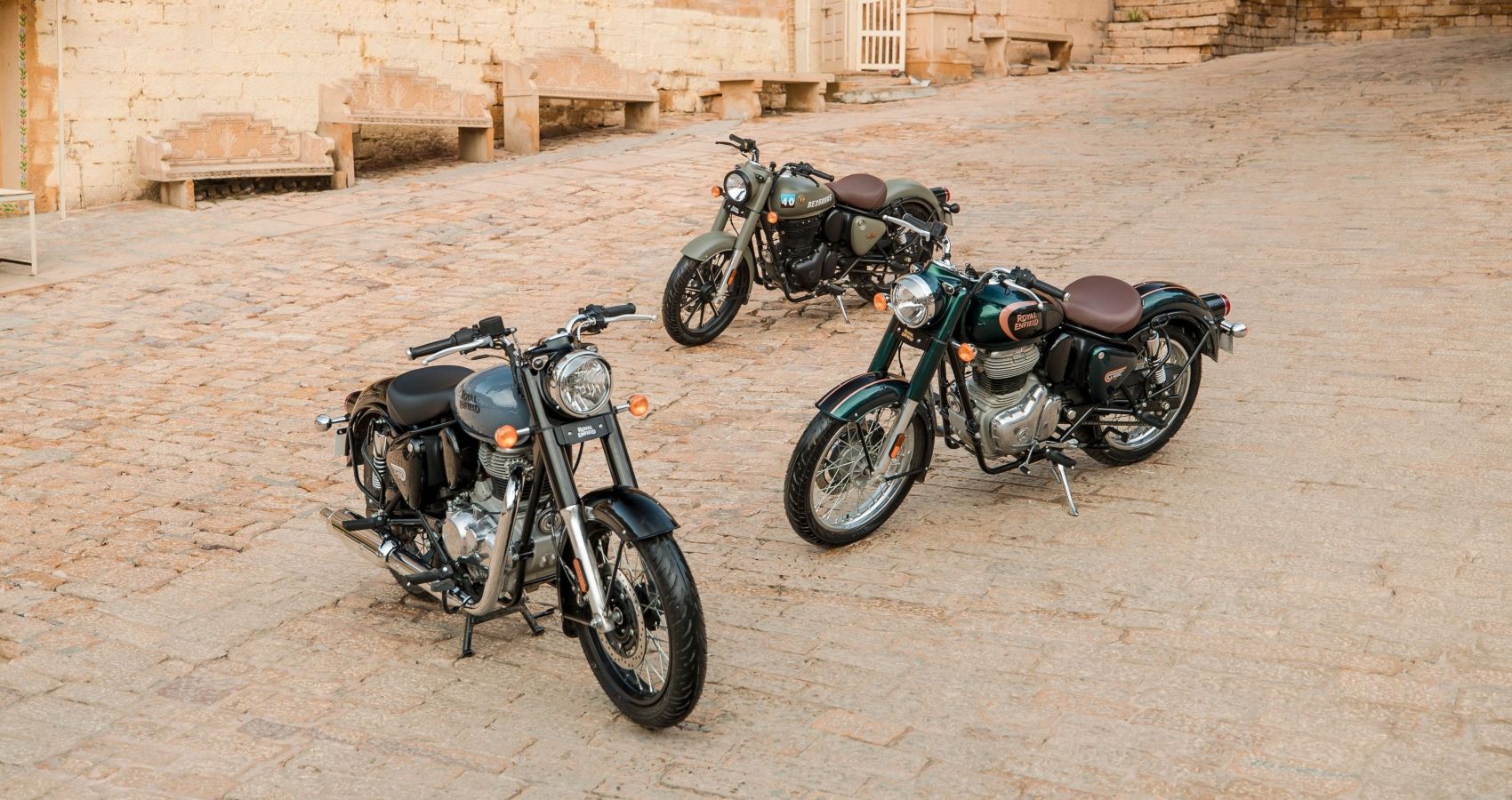 If there’s one brand of motorcycles that deserves appreciation for having come a long way and making people sit up and take notice, it’s Royal Enfield. Originally from England, the now Indian brand is all the rage in the motorcycle world. With its refined, easy-to-use and affordable neo-retro motorcycles, Royal Enfield is gradually increasing its footprint and becoming a global player on a large scale.

Despite its glorious history as the oldest motorcycle brand in the world, Royal Enfield has had its fair share of struggles, which have tested its fortunes and predictability for the future. However, overcoming all adversity, Royal Enfield has bounced back successfully, especially in recent times with the launch of the all new generation of 350cc and 650cc motorcycles, the latest addition to the series being the all new Hunter 350. Here are some of the facts coming straight from the long history of Royal Enfield, which anyone who admires the brand should know.

Related: A look at Royal Enfield’s serious attempt at American Flat Track in 2022

The Inception – Royal Enfield’s journey as a ‘purely British’ brand

It all started in 1901, when The Enfield Cycle Company Limited of Redditch, Worcestershire, began manufacturing motorcycles under the “Royal Enfield” brand. His first motorcycle had a simple 239 cc single-cylinder air-cooled engine. However, the sub-brand that brought its first success was the Bullet 350, which happened to be its first motorcycle with a four-stroke engine.

The Bullet 350 now holds the title of motorcycle with the longest continuous production, which is still on sale in some markets even after 90 years since its birth in 1932. Since then, the Bullet 350 has had several iterations, including versions 250cc and 500cc. Royal Enfield also has a record of manufacturing motorcycles to support the armed forces in the First and Second World Wars.

After World War II Royal Enfield made motorcycles like the Model G 350cc, Model J 500cc, Bullet 350cc, Meteor 500cc, Super Meteor 700cc, Constellation 700cc and a range of 250cc motorcycles including the Continental GT. Its last model under British ownership was the 736cc Interceptor, which gained immense popularity in the United States, but lived a short life due to demand and supply issues. The British marque closed the business in 1970, except in India, where the new owners took over ownership and rights and carried on the Royal Enfield legacy.

The “second leg” in a different country, India

Royal Enfield was one of the first brands of motorcycles and the one chosen by the newly appointed government after the independence of India in 1947. At this time the Bullet 350 started to become a mode of transport for the armed forces Indians, a goal she continues to achieve. still serve today.

In 1955 the Redditch company joined forces with Madras Motors to form a new marque called “Enfield India”. This new brand secured the rights to mass-produce 350cc Bullets, which were made using tooling sourced from Royal Enfield in England. Towards the end of the 70s of the 20th century, Royal Enfield began to stop production of motorcycles, but the Indian unit continued to manufacture Bullets under license. In 1978, the Indian branch of the brand, still in partnership, bought the rights and renamed itself Enfield India Limited.

Related: This is how Royal Enfield took two Himalayans to the South Pole

The new brand continued to manufacture motorcycles like the Bullet 350cc and even started exporting to the UK and Europe. The coming years saw Royal Enfield introduce new models including the 24 hp Bullet and the Enfield Diesel slot. In 1994, Eicher Group, the current owner, took over ownership of Enfield India Limited and renamed it Royal Enfield Motors Limited.

Under new ownership, Royal Enfield gradually began to introduce motorcycles like the revised Bullet with the new all-aluminum engine, Thunderbird, Bullet Machismo, 500cc Bullet and Bullet Electra. It also inaugurated a new factory in northern India as part of its expansion plans. However, weaker-than-expected sales of these models hit Royal Enfield, which faced challenges such as labor strikes and the closure of its North India factory just after three years from its inauguration.

The “classic” turnaround that changed his fortunes

The first sign of good things to come was the appointment of Siddhartha Lal as the new CEO and Managing Director of parent company Eicher, who is credited with reviving the brand. Royal Enfield finally got the much-needed ray of hope in 2008 when they launched the all-new Classic with a 500cc Euro-III version, followed by the Classic 350cc in 2009. Both of these models worked like magic for Royal Enfield and rang the cash registers for the company. With the 500cc Classic, Royal Enfield began to explore new export markets.

After 2011, Royal Enfield started to build on the success of the Classic and introduced new models like the all-new 350cc and 500cc Thunderbird and Continental GT 535 Café Racer. Royal Enfield has also taken new steps, such as the launch of the annual “One Ride” event in 2011, the expansion of production with a new factory in South India in 2013, the inauguration of a new technology center in the UK and a new third factory in South India.

In 2015, Royal Enfield entered the US market with headquarters in Milwaukee, which became the company’s first direct distribution subsidiary outside India. Additionally, Royal Enfield explored new worlds with its first Himalayan adventure tourer in 2016 and the new Interceptor 650 (known as the INT 650 in the US) and Continental GT 650 with 650 parallel-twin engines cc in 2018. In recent years, Royal Enfield has launched its new motorcycles equipped with the new 350 cc J-series engine, such as Meteor 350, Classic 350 and Hunter 350.

The future of Royal Enfield already looks bright with new models in the pipeline and expansion into new markets. This growth shows the persistence of Royal Enfield as a brand, which has also set a perfect example for other brands.