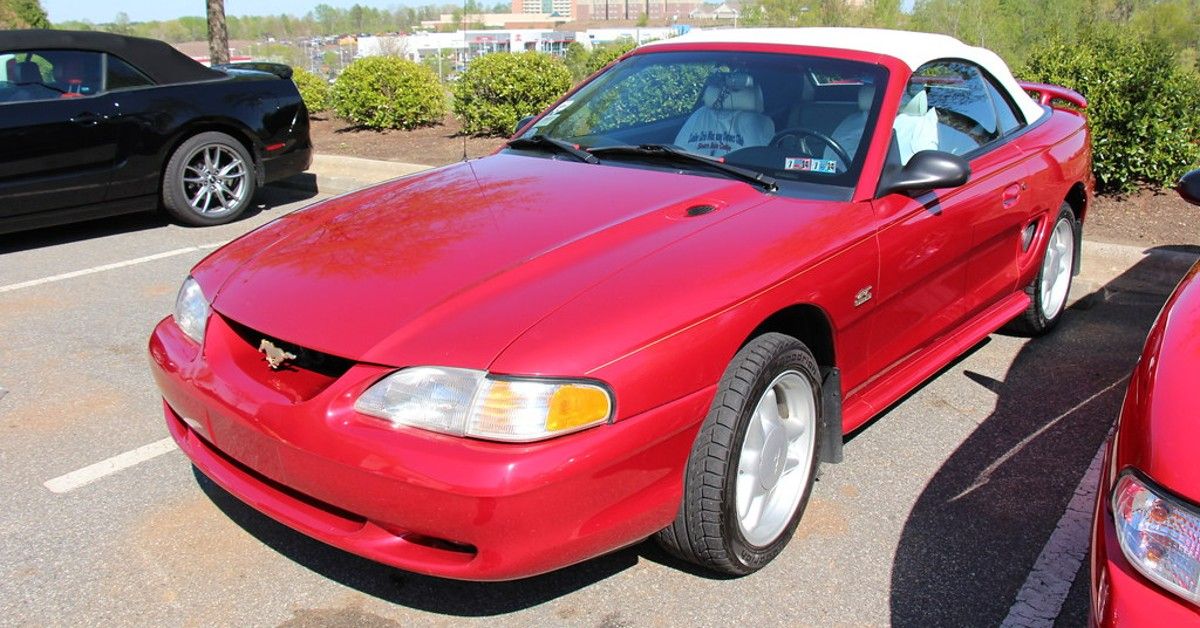 The Ford Mustang SVT Cobra R is a pony muscle car that had been on the market for just over a decade. Production ended in 2004 and was soon replaced by the 2007 Shelby GT500. So Ford fans haven’t been without a great muscle car for too long.

However, the Ford Mustang SVT Cobra R was a special drive thanks to the car which saw big engine upgrades and external design as a result of Ford’s Special Vehicle Team division. There’s a lot to like about the SVT Cobra R, even at first glance.

On that note, let’s take a closer look and we’ll share our favorite things about the 1995 Ford Mustang SVT Cobra R.

Since the Ford Mustang is such a huge name in the muscle car market, the release of the SVT Cobra R meant the team had to release something quite special and high performance. Fortunately, they managed to pull it out of the bag and impress Mustang fans.

The 1995 model featured a 5.8-liter V8 engine, which was a jump from the previous 5.0-liter. The reason for the engine upgrade was due to customer demand. SVT engineers developed a more powerful R model for the 1995 Cobra as a top priority. This engine could produce 300 horsepower and has a 20 gallon fuel cellwhich also offers greater fuel capacity.

For each model year of the Ford Mustang SVT Cobra R, the number was limited. During the 11 years of production, 79,958 were produced. For the specific 1995 Cobra R model, only 250 vehicles were built. These included the upgrade 5.8 liter V8 engine and unique interior features.

Of the 250 made for the 1995 SVT Cobra R, Ford kept 18 examples for its press and engineering fleet.

As Ford Mustang models are all designed with performance in mind, each new model had to modify the design and features to make better performance possible.

For the 1995 model of the SVT Cobra R, weight savings were strongly targeted and considered. Consequently, there was no rear seat, radio, power windows/seats or air conditioning. The ride didn’t even feature fog lights. The fog lights were omitted to provide ducts to bring cool air to the front disc brakes.

The only additions to the SVT Cobra R were heavy-duty progressive-rate springs, thicker stabilizer bars and a front strut tower brace. These additions were to help improve handling on the circuit.

As for the exterior design of the 1995 Ford Mustang SVT Cobra R, it was only available in white. The interior features a saddle cloth interior and all 250 models feature a unique mid-level fiberglass hood that is high enough to clear the engine and induction system.

Overall, the 1995 Ford Mustang SVT Cobra R was a unique car in the 11-year-old lineup. You could only get a model with a valid competition license, which was ideal given that so few were made for customers to get their hands on.

The 2000 Ford Mustang SVT Cobra R wasn’t designed to be your typical muscle car; it was made for the track.

Price hikes on cars could be here to stay, thanks to the pandemic

Tesla drops to number 23 as the best car brand