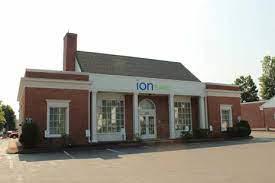 Ion Financial officials announced on Wednesday that the company has reached an agreement with Cheshire-based BCI Financial. Terms of the deal, which is expected to close later this year, have not been announced.

David Rotatori, president and CEO of Ion Bank, said Thursday that the mutual financial institution already has a business relationship with BCI.

“We’ve already bought loans from them,” Rotatori said of BCI. “We only made a handful each year.”

One of the challenges of starting an auto loan business, he said, “is that you have to do good volume and have dealership relationships.”

“They (BCI) already have relationships with dealerships,” Rotatori said.

BCI has been in business since 1998, said Timothy Rourke, the company’s president and CEO.

“We plan to continue unchanged in our operations and look forward to a mutually beneficial relationship with Ion Financial,” Rourke said. BCI is licensed to provide auto loans in Maine, Massachusetts, New Hampshire, Rhode Island and Vermont, in addition to Connecticut.

Rotatori said BCI originates many car loans, which the company then returns and sells to mutual banks and credit unions. When BCI becomes a division of Ion Financial, “we expect to capture some of that service revenue.” he said.

“We are looking for other sources of income,” Rotatori said. “Our plan is to keep some loans that we can’t sell and manage as many as we can.”

Because Ion is a mutual bank, its ability to grow is limited by the amount of capital it has, he said. To hold more loans would require more capital.

Vietnamese VinFast prepares to open dealerships in the United States