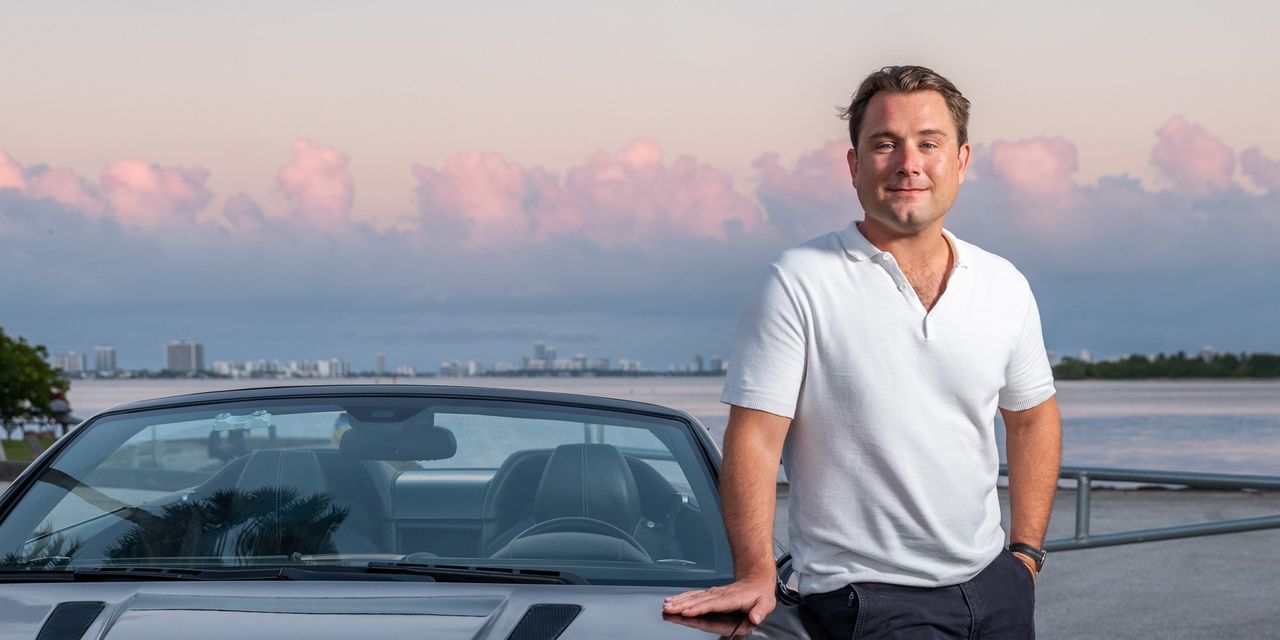 I’m a huge James Bond fan. The first movie I saw at the cinema was “GoldenEye”. There was no Aston Martin in this movie, but Timothy Dalton had the Vantage in “The Living Daylights.” So I’ve always been very drawn to the brand and love the aesthetic as a whole.

The V8 Vantage S was released in 2005. I graduated from high school in 2006. I went to St. Andrews University [in Scotland]. I have always been fascinated by British design. I think they make some of the nicest cars, Aston Martin in particular.

I moved to Florida in January 2020 and was living in Sarasota. My girlfriend’s dad is a used car salesman in West Palm Beach. I was looking to get a used Corvette or something, and he said, “You should look at Aston Martins. They may not cost as much as you think.

I started looking at Autotrader and eBay Motors. I found this guy in Punta Gorda, Florida, so I drove down, took it for a test drive, and fell in love with the car. I bought it for $53,000. I think it had around 9,000 miles when I got it, which was very low.

Right now, he’s my daily driver. It’s not super practical. When you’re grocery shopping for your big pack of toilet paper, sometimes you have to pull down the hood to put a box inside. And it’s not great at low speeds. The Graziano gearbox is a kind of intermediate gear lever and a double clutch. It feels clunky, like a manual without a clutch pedal, and you have to feather the throttle for the gear to engage. And the car is very low. I’m always afraid of running into something.

But once you hit third gear, it’s incredibly smooth and fun to ride. You drive up an open road and lower the roof, and it’s one of the best experiences I’ve ever had. It just rips.

And the key is special. You have this crystal [that you insert] in the dashboard [to start the car]. Have you ever seen the movie “Darkest Hour”, about Winston Churchill? When you put the key in the ignition, the car’s engine reminds me of when it’s screaming at its assistant – that grumpy, smoky, loud scream. It looks like a lion coming to life. It roars.

I think it’s one of the most beautiful cars ever made, which is probably the main reason I got it, just kind of pure aesthetic appreciation. In terms of design, the car is perfect.

The cars that helped save the company

Car ownership: Ditching private petrol and diesel cars must be a ‘balance’