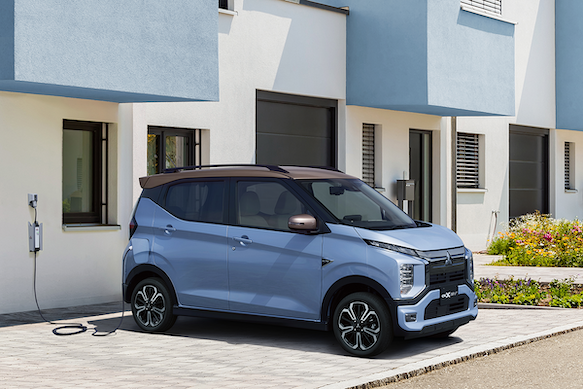 Mitsubishi looks to Renault and Nissan for its future models

Increasingly integrated into its Alliance with Renault and Nissan has helped Mitsubishi weather the recent storms. Is the worst behind?

One of the biggest problems facing Mitsubishi Motors Corporation has been its size relative to its competitors and, indeed, its Alliance partners.

Pricing power is another ongoing challenge, though for years one of its models, the former Outlander PHEV, was a pioneer for high-volume and presumably equivalent margins.

Many other non-premium brands have since copied MMC’s innovative methods, but the Japanese company has been left behind mainly due to the age of this model and others. This remains a problem; something it has in common with Nissan.

One only has to look at the brand’s sales across Europe to realize what happens when there is no fresh product: for the first half, Mitsubishi drops to 30th place with just 30,092 registrations (source: ACEA). Moreover, in June, even DS sold more vehicles (5,087 compared to 4,907).

On a more positive note, the brand’s US performance wasn’t too bad in the first half, with the total coming in at 48,272 compared to 53,377 for the same period of 2021. The new-form Outlander did it all the bulk of the work, with deliveries of the Mirage, Outlander Sport and Eclipse Cross all in free fall. Again, two of the three three are really really old.

Sales in Australia aren’t too far behind the US total, with the result for the first six months being 41,748. That was enough to put Mitsubishi in third place (behind Toyota and Mazda), the good performance of the Triton (L200) and the Outlander.

Thailand is another good market (first half sales of around 25,000) but the same cannot be said for China where the total was well below that number during the same period (year to end of May: 14,787).

And Japan? Here is finally some very good news with sales up 53% in June, albeit from a low base in June 2021.

The main reason for the big improvement is the Outlander, but the new eK Cross EV has also helped things along and, incredibly, the Delica D:5. The latter is a minivan that Mitsubishi has been building since 2006. Now manufactured at the Okazaki plant in Aichi prefecture, it even survived the closure of the Sakahogi plant (Pajero Manufacturing Company) in 2021.

What Mitsubishi needs most are replacements for so many of its outdated models. This report reveals information about some of them as well as their arrival date.

As mentioned above, the brand’s latest addition to its range in the home market has just been launched. The eK X EV and its Nissan Sakura equivalent are both part of the NMKV joint venture of companies.

Each is as short, tall and narrow as a typical Japanese-market 660cc petrol-powered Kei mini-vehicle. They come off the same production line at Mitsubishi’s Mizushima plant.

The battery capacity is only 20 kW and therefore the maximum range is only 180 km. Power and torque are 47kW and 195Nm. The life cycle is expected to be eight years, so a facelift is expected in 2026 with a longer-range battery. In addition, the platform will be the basis for other small electric vehicles.

Another model launching in 2022 – the Airtrek – is exclusive to China. This one is expected to have a seven-year production cycle. An SUV, it is manufactured by the GAC Mitsubishi Motors joint venture. GACThe Aion V Plus is the base of this 4630mm long model.

Jumping now to Europe, the first product of a new strategy for the region will launch there in 2023. The new approach is to have Renault produce two models and if that works, others could follow.

And a Hybrid ASX And one ASX plug-in hybrid, there must be ICE-only variants. Details of (non-electrified) ASX are the following:

The sales launch is scheduled for March 2023 although the new ASX will be presented to the media in September. See the link below to PLDB for more details on the ASX Hybrid and ASX Plug-in Hybrid.

How and if the ASX sold in other regions – and also known as Outlander Sport Where RVR – will be replaced is not yet known.

As had been speculated, it has now been confirmed that the other Renault-built model coming to European markets in 2023 will be based on the Clio.

Revive the Foal Model name, the B-segment sedan is expected to share the Clio E-Tech Hybrid’s powertrain. Production will take place at the OYAK-Renault plant in Bursa, Turkey.

As the original Renault will be replaced in 2026, so should the Mitsubishi.

Mitsubishi develops the sixth generation model with an evolution of the current pickup platform although the chassis is new. For the first time, there will be a PHEV and potentially an EV.

As with the other large models, the xpander and Xpandre Cross is expected to be facelifted for a second time in 2024 and replaced in 2027 while the Eclipse Cross replacement will likely arrive in 2024.

Going forward, most Mitsubishi models will likely be paired with Nissans, at least when it comes to platforms and powertrains. This also applies to the following Mirage/space star and its sedan equivalent, the attraction. These cars could appear later in 2022 but 2023 seems more realistic.

Reports on future models from many other manufacturers are grouped together in Just Auto’s OEM Product Strategy Summaries section.

The intelligence of the future platform

More details on past, current and future models can be found in PLDB, the future vehicle database which is part of GlobalData. Automotive Intelligence Center.

This report is the fourth in a series for the Renault-Nissan Alliance divisions and brands. First a report on Renault, followed by Alpine, then Dacia. Then come Infiniti and Venucia, then Nissan.