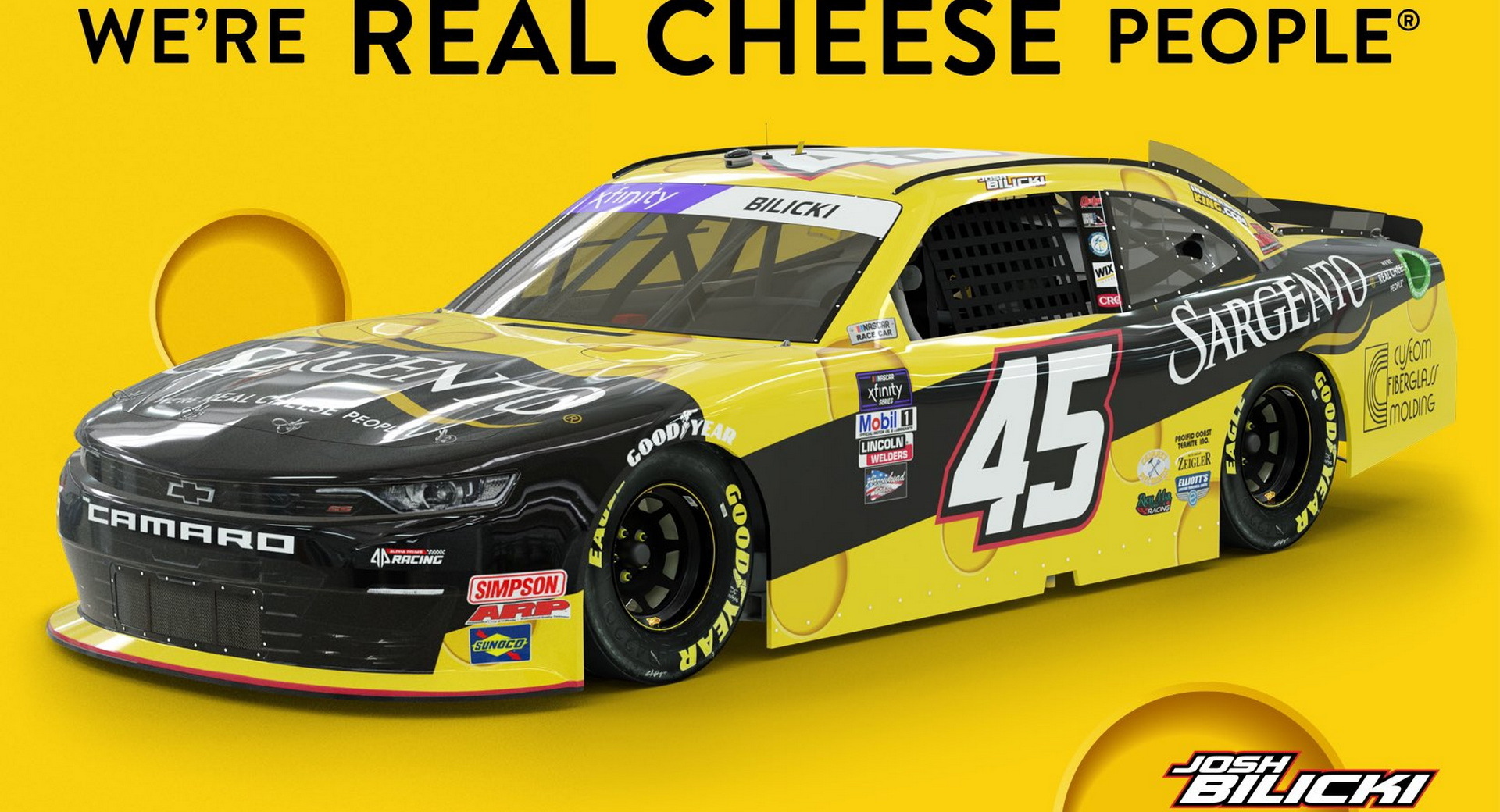 Earlier this year, while trying to avoid a crash at Road America, NASCAR Xfinity driver Josh Bilicki came across a sign on the track advertising the Sargento brand of cheese. The incident, which quickly became a meme, now means Bilicki is making real cheddar.

Sargento is a Wisconsin-based cheese maker, so it makes sense that he would advertise at the race, which takes place in Elkhart Lake, Wisconsin. Coincidentally, Bilicki was also born in the state.

“When we saw our sign on the front of [Bilicki’s] car, we had the same reaction as a lot of others,” said Louie Gentine, Sargento’s big cheese. “We like to have fun, so we’re excited to partner with the Wisconsin native for this upcoming race. [at Watkins Glen].”

THE BIG AT ROAD AMERICA!

A massive crash is triggered after @NoahGragson turned @SageKaram in front of the field because there is nowhere to go.@brandonbrown_68 had significant contact with @TylerReddickhoping he is doing well.#NASCAR #Henry180 pic.twitter.com/Ll7ZZufp7L

Indeed, the company knew a good thing when it saw it, and the pilot has now been officially sponsored by Sargento. The marque will be the main announcer for its car when NASCAR heads to Watkins Glen on August 21.

At this race, Bilicki’s Chevrolet race car will be decked out in a black and yellow livery featuring Sargento’s logo and polka dots that simulate holes in cheese. The driver splits his time between driving car number 45, in which he will race at Watkins Glen, and car number 44, in which the incident took place, in the Xfinity series.

“I’m thrilled with this opportunity to partner with Sargento at Watkins Glen Raceway in August,” Bilicki said. “As a native of Wisconsin, I have enjoyed Sargento products for many years. I sincerely believe that everything happens for a reason, including my recent encounter with the Sargento sign. I am grateful to be welcomed into the Sargento family. and to represent a Wisconsin-based company at my next race.

As a proud Wisconsinite, I enjoyed @SargentoCheese for many years. I sincerely believe that everything happens for a reason, including my recent encounter with the Sargento sign at @roadamerica. Thank you for this opportunity! See you next weekend at @WGI 😎🧀 https://t.co/KNqKccOl6T

Can the F-150 Lightning make everyone want a truck that plugs in?