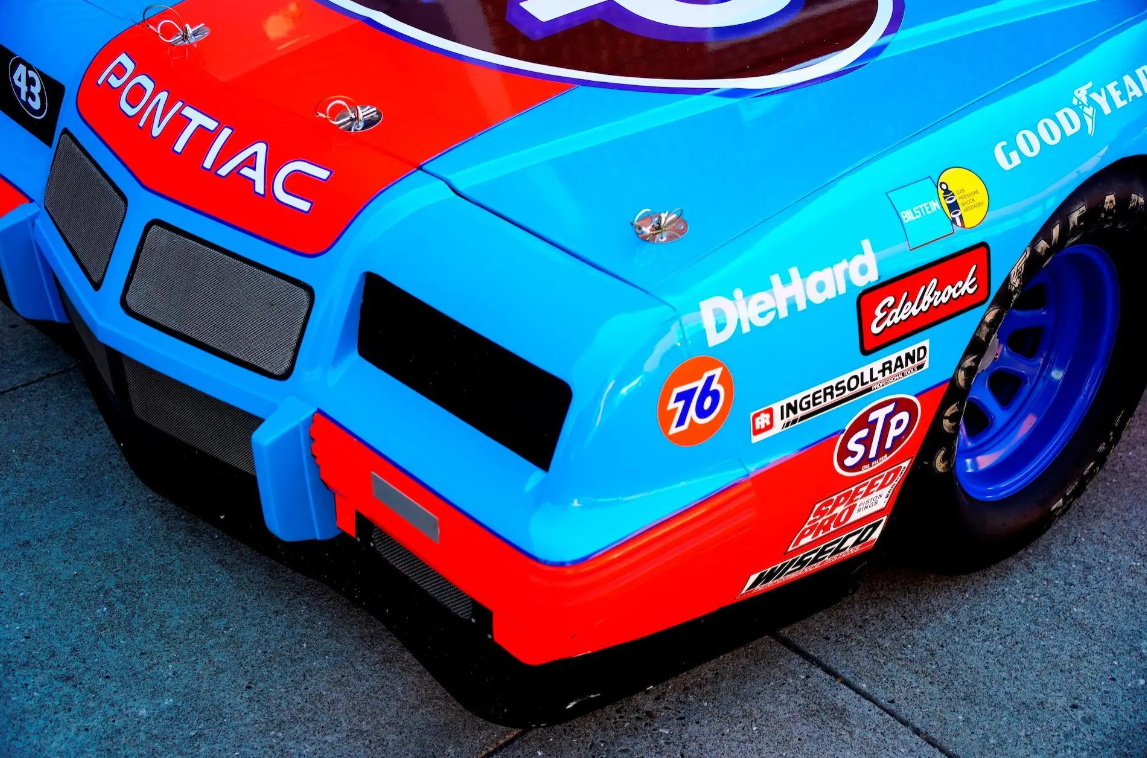 Richard Petty is a 7-time NASCAR Cup Series champion. He ended his career in 1992 with 200 career wins, the most of all time. His last victory dates back to 1984 at Daytona.

See photos of the Richard Petty car below.

Now a car from the 1986-87 season has surfaced on the market. It’s listed on Bring A Trailer and will go to the highest bidder.

The listing claims that the Pontiac Grand Prix Aerocoupe was built by Hutcherson-Pagan. Richard Petty raced the car in several races during the 1986 and 1987 NASCAR Winston Cup Series seasons.

Its racing life ended after an accident at the Atlanta Motor Speedway in 1987. The car was then stored by Petty Enterprises until purchased and restored.

It has been restored to the era of correct details. This includes dark blue wheels.

The current owner of the car bought the machine in 1993. He used it in vintage races.

The car comes with a more modern racing seat. However, it also comes with a vintage seat that is believed to have been made by Kyle Petty for his father.

It is currently fitted with a super T-10 synchro transmission. The rear end is a 4.33 ratio. The setup currently completes road racing.

The car is not street legal. The seller does not encourage its use on the street.

It was last raced at the 2012 Monterey Reunion. Owner suggests doing the following before racing it anywhere: “Install new valve springs, check fuel cell, clean sound and fix the carburetor with a new kit.”

Photos of the car after the Atlanta crash are also listed. It shows the car completely demolished after the event.

The car has no chassis number. The car will be sold in California on bill of sale. It is listed without reservation.