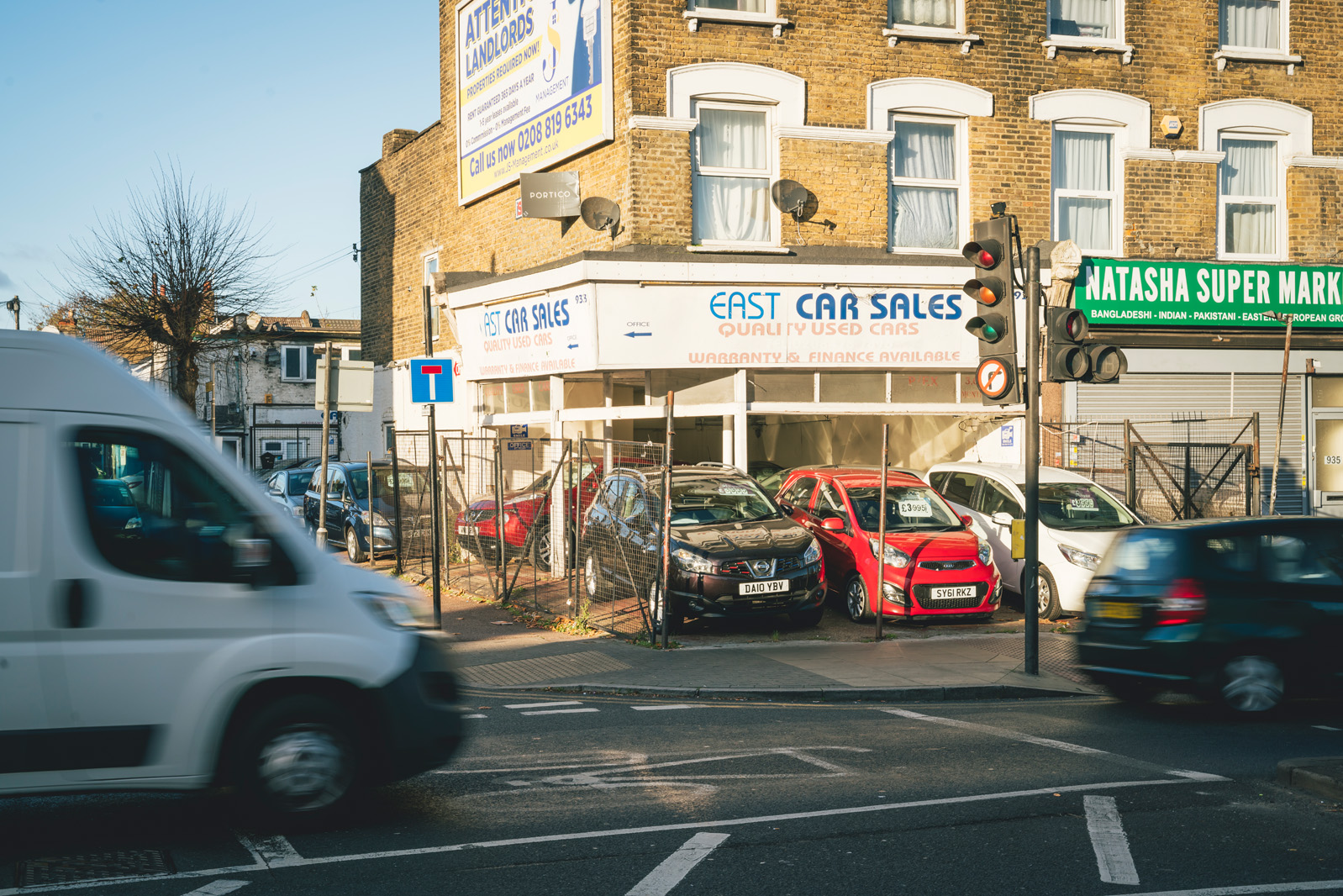 As long as Gladwell Motors, another dealership 500 yards away? “My uncle opened this place in 1963,” Ron, the owner, tells me.

“When I started, I had hair. A lot of people will rip you off here, but we’re old school. Got a problem? We’ll sort it out. We’ve got a lot of great reviews, but also a few moans You can’t please everyone We only buy nice cars from nice people, but they are getting more and more expensive and hard to find Cars and people.

Further afield is Amanah Prestige, my first high-end dealer of the day. They have a 2020 Volkswagen Golf 2.0 TDI Style DSG with 12,000 miles for £22,990. All things considered, it’s competitively priced. “One of the cheapest around,” Mo assures me. these are becoming very hard to find and expensive too.

Past Ilford, under the North Circular and finally the A118 becomes Romford Road. A Glyn Hopkin MG dealer stands guard and about a quarter mile later Arina Cars (no one seems to be there) but as I drive west I see no other dealerships.

There’s MR Motor Services (surely a holdover from the old days) and Muscle Mansions in Forest Gate where a 19 year old coachbuilder called Arnold Schwarzenegger lived and trained for two years in the mid 1960’s but no longer Rons of Gladwells and its ilk until, at the end, I timed the cars behind the wire-mesh fence that opened this tale. Looks like Geoff de Chariots was right.