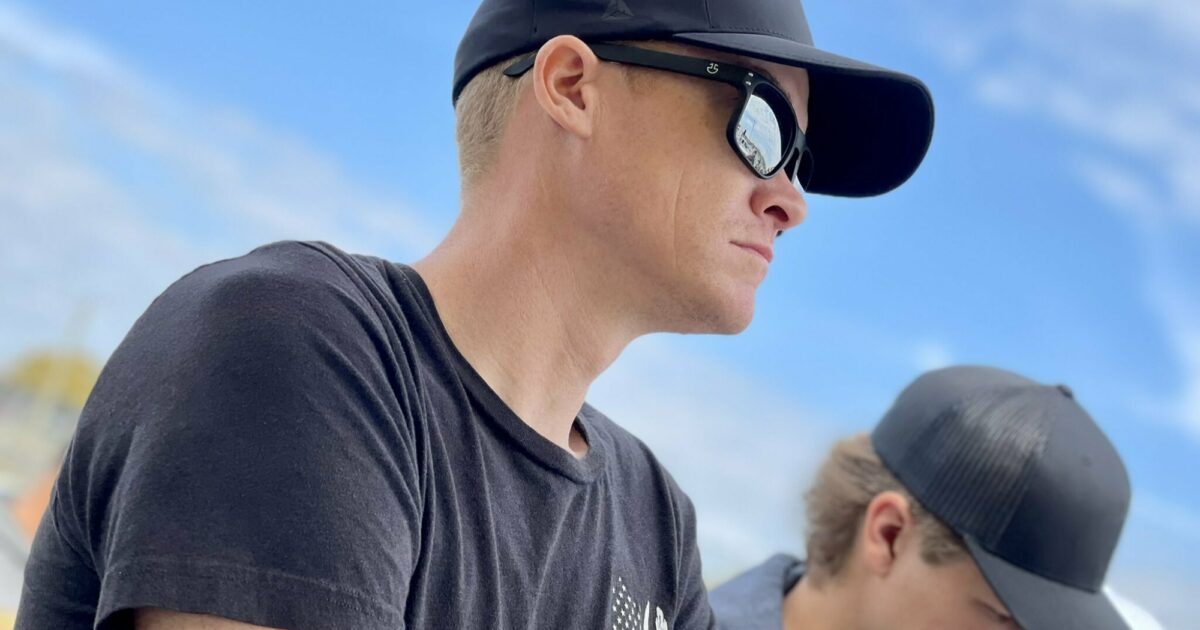 For much of his career as a top crew chief, Marcus Richmond was a Late Model Stock guy, even when he was winning NASCAR races or the Snowball Derby.

Namely, the managing director of R&S Race Cars was always looking for a reason to return to Super Late Models more frequently and found one in Derek Thorn and Campbell Motorsports. Thorn returns to the All-American 400 this weekend with R&S Race Cars and teammate of full-time Late Model Stock driver Conner Jones.

The car Jones will be driving is a former Campbell Motorsports FURY that Thorn drove in both the Snowball Derby and the All-American 400. Meanwhile, Thorn has been tasked with driving an all-new FURY chassis identical to his old vehicle, which gave Richmond a lot of work to do this weekend.

But again, he really missed the Straight Rail cars and he’s happy to be back in that business.

“We started working with Derek and Pepperjack Kennel on the Late Model Stock side and always wanted to have an East Coast hub,” Richmond said. “When Conner and Robby came along, they wanted to do some Super Late Model racing too, and when they bought this old Campbell car, all the parts were there.

“Great to work with Derek, Pepperjack Kennel and the Joneses – great people all around.”

This is the first real foray into Super Late Models for Richmond since winning the Snowball Derby with Noah Gragson at Kyle Busch Motorsports in 2018.

“KBM understood those cars, and now I’m jumping with Derek and he understood those things, so I’m just blessed to have received two similar great programs,” Richmond said. “I hope I can just help.

“It’s a bit bad because I really like these cars, playing with the Supers, but our bread and butter business is the Late Model Stocks, but I like the idea of ​​having a few races a year where we can have fun with these things.”

And for his part, Thorn is beyond excited to have him working with him on a Super since they were introduced to the prospect of the South Boston 200 over the summer, his debut in a Late Model Stock Car.

Even though it’s under the R&S banner, Thorn’s Cambell Motorsports fingerprints are all over this program, as is crew chief Mike Keen, who “struggled” to get Jones’ car ready. It was important because Thorn has to solve new car bugs with his new FURY.

“It’s actually really important to have Conner in our old car because we can work on some things with him and he teaches us what to do with this new car,” Thorn said. “But yeah, I’m just thrilled to be working with Marcus again, great people at R&S and really enjoyed being with them in South Boston and wanted to do it a bit on our home turf again.”

This is actually a trial run for a big alliance between R&S Race Cars, Campbell Motorsports and FURY Race Cars for Snowball.

“We’re hoping to have a few teammates come Derby time,” Thorn said. “But to have Conner this weekend, he’s a good boy and he got that car back pretty quickly and is quicker in his car than mine, so we have to get it back with that 43.

“I’m just proud of him, having never raced in Super or here, picking him up so fast is huge and I hope he runs well. We have some adjustments to make but going to the Derby I think our 43 going to be tough, but we can always learn something – especially with these tires these days.

“It might indicate F-50 on the side, but they always change, so to have good people like Marcus and R&S Race Cars, Mike Keene and Jacob Goede, the more the merrier for the Derby.”

As for Richmond, assuming they run well on Saturday, that’s the fun part. Sure, the new car isn’t running well now, but that’s what he’s always enjoyed trying to fix.

“You build them all the same, and FURY builds them the same, but then you have to massage it,” Richmond said. “His Derby car has been massaged for years and it’s almost perfect and that’s why Derek is helping me here.

“He’s helping us massage this car like he’s done with his over the years.”