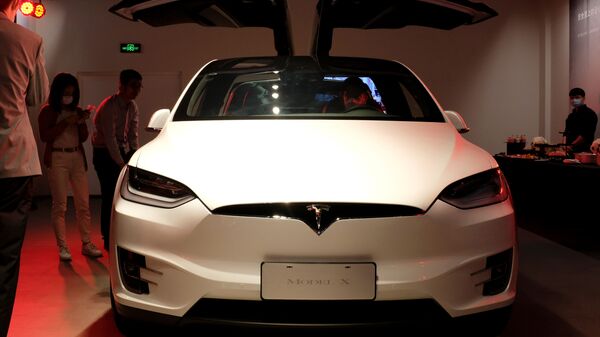 Besides the mismatched tires, the Tesla Model X Plaid also had several other issues.

Tesla blundered when the American electric car major delivered an all-new $131,000 Plaid Model X with mismatched tires to a customer named Ethan Joseph. After patiently waiting months since ordering the electric car in August 2021, he received the vehicle this month but had to reject it due to several quality control issues.

There were several security issues, as he wrote on Twitter. One of them was a set of mismatched tires.

As the customer wrote on Twitter, the Tesla Model X POlaid was delivered to him with Michelin Latitude Sport 3 summer tires measuring 255/45R20 at the front and with a different set of Continental CrossContact touring all-season tires LX Sport measuring 275/45R20 in the rear. Besides the different brand of these tires, the compound and tread patterns were also different. Overall, the mismatched tires were meant for different seasons, different levels of grip, and different types of handling characteristics. Such a critical issue can lead to a major accident on the roads. Moreover, such blunders are completely unacceptable for a completely new car.

Reports suggest that Tesla offered to install the correct rear tires on the particular Plaid Model X at a later date and explained the problem by saying they were out of stock. However, this was not enough to please the customer.

The story doesn’t end with mismatched tires. The customer says a closer inspection of the electric SUV revealed several additional issues, including misaligned body panels, marks on the exterior and interior of the cabin. The cabin was also not in a state expected of an all-new model. The customer said that the electric vehicle cabin needed to be cleaned.

After experiencing such hassle with the brand new car after waiting almost a year, the customer now has to wait until July 2022 as he refused to take delivery of the Ev in such poor condition. Interestingly, this isn’t the first time Tesla has received criticism for poor quality control measures, but mismatched tires take things to a whole new level.

Lincoln is changing the way it sells cars (for the better)

How to apply for a payday loan