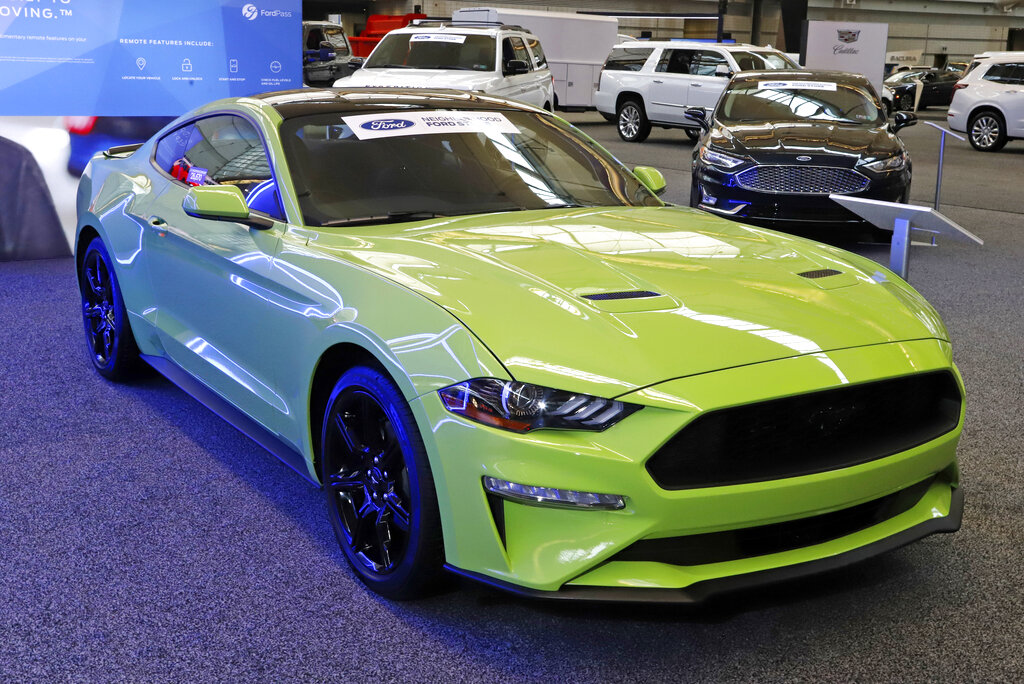 (iSeeCars) – People often dream of owning a fast car. But given the price and limited utility of most sports cars, many choose to own a more practical vehicle instead. However, there are plenty of new and used sports cars that can help you live in the fast lane for less than $30,000. That’s less than the average one- to five-year-old used car, which costs $35,020.

Here are the sports cars that provide an adrenaline rush without the high price tag.

These new sports cars all have starting prices below $30,000 and are ranked in ascending order of 0-60 time for their starting trim levels.

The Ford Mustang takes the top spot as the fastest new sports car for under $30,000. It’s also the sports car with the highest iSeeCars quality score of 8.4 out of 10 for its coupe version, and also tops our list of best sports cars. The Mustang comes standard with a 2.3-liter turbo four-cylinder engine developing 310 horsepower and a six-speed manual transmission. Its entry-level engine in the Ford Mustang EcoBoost model can go from zero to 60 mph in 5.1 seconds when equipped with the optional 10-speed automatic transmission and reaches a top speed of 121 mph. Top versions with the 5.0-liter V8 engine have even faster acceleration and higher top speeds, such as the Ford Mustang GT, which hits 60 mph in 4.2 seconds and has a top speed of 180 mph . A number of performance packages are available, priced well over $30,000. Performance package boosts EcoBoost engine output to 330 horsepower and adds larger radiator, larger brakes, heavy-duty front springs, strut tower brace, larger rear stabilizer bar, rear differential with limited slip, an active exhaust, and summer tires only.

An American muscle car takes second place, the Dodge Challenger two-door coupe. It is among the best sports cars on the market with an iSeeCars quality score of 8.0. The beefy Challenger comes standard with a powerful 3.6-liter six-cylinder engine developing 303 horsepower. The base Challenger goes from zero to 60 mph in 5.3 seconds and hits a top speed of 156 mph. While the base V6 offers ample power and acceleration, higher SRT trims offer more powerful V8 engines, including a 5.7-liter Hemi V8 with 375 horsepower, a 6.4-liter Hemi V8 with 485 horsepower or the supercharged 6.2-liter V8 with 717 horsepower. . These more powerful motors can go from 0 to 60 in less than 3.5 seconds.

Fifth place goes to the two-seater Mazda MX-5 Miata roadster. The Miata can go from zero to 60 in 5.7 seconds and hits a top speed of 135 mph with its soft-top convertible top. Hardtop models in RF form have a slightly slower time of 5.8 seconds. The Miata has one engine choice, a 2.0-liter four-cylinder with 181 horsepower and 151 pound-feet of torque. It also offers excellent fuel economy at 26 mpg in the city and 35 mpg on the highway, an excellent rating for the sports car class. The Miata also comes standard with safety features including automatic emergency braking with forward collision warning, blind-spot monitoring with rear cross-traffic alert, and lane departure warning.

Multi-car accident kills one on Highway 157 in Boulder

The Toyota GR86, which is almost mechanically identical to the sixth-placed Subaru BRZ, ranks seventh. Just like the BRZ, the GR86 has been redesigned for the 2022 model year and has a new name after being formerly known as the Toyota 86. The Toyota GR86 and the Subaru BRZ have a few minor differences including their exterior styling, their interior materials, price, and some minor variations in suspension tuning. As such, the Toyota GR86 has a slightly slower 0-60 time at 6.1 seconds and a top speed of 140 mph.

The Volkswagen GTI completes the list in eighth position. Formerly known as the Volkswagen Golf GTI, the Volkswagen GTI is the sportier, hatchback version of the Volkswagen Golf, and is the only version remaining in the US market after the Golf was discontinued. It has a 228 horsepower turbocharged engine and a six-speed manual transmission. Standard features include forward collision warning, automatic emergency braking, blind-spot monitoring, rear cross-traffic alert, and rain-sensing windshield wipers.

Refer to the full article for the fastest used cars under $30,000.

If you’re looking for a new or used sports car, you can search over 4 million used and new cars with iSeeCars’ award-winning system. car search engine which helps shoppers find the best car deals by providing key information and valuable resources, like iSeeCars free VIN check and Best cars rankings. Whether you want a coupe, convertible, sports sedan or hatchback, buying a car has never been easier.

This article, The fastest cars under $30,000originally appeared on iSeeCars.com.